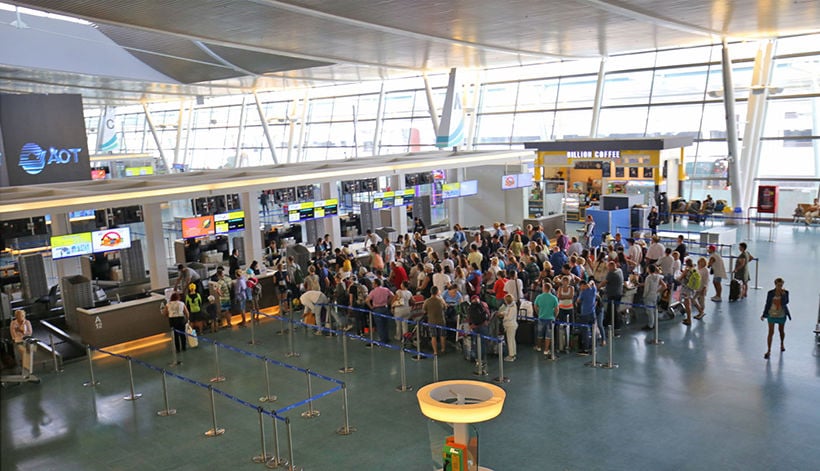 Some 250 German nationals flew out of the southern island of Phuket this morning on a special flight chartered to take them home before the airport closes on April 10. Condor Airlines flight DE8759 took off at 10:10am. Phuket has closed all its land and sea borders already, and Thailand is under a state of national emergency until at least the end of April due to the Covid-19 coronavirus pandemic

Phuket International Airport’s general manager says people started queuing up at the check-in counters at 6:20am.

German embassy staff and airline staff checked travel documents and provided passengers with information before check-in opened at 7:10am. Check-in staff took two hours to clear all passengers before they could board the flight. The flight will arrive in Frankfurt at 6.25pm.

Phuket airport will close from midnight on April 10 and remain closed through at least April 30, as the island enters its final stage of lockdown, with no unauthorised persons allowed into or out of Phuket after that date.

The April 10 airport closure was confirmed by Airports of Thailand (AoT) management at the airport on Monday.

Sarasin Bridge was finally locked down as of midnight last night, after a few days of compromise due to the huge number of people desperately trying to enter or leave.