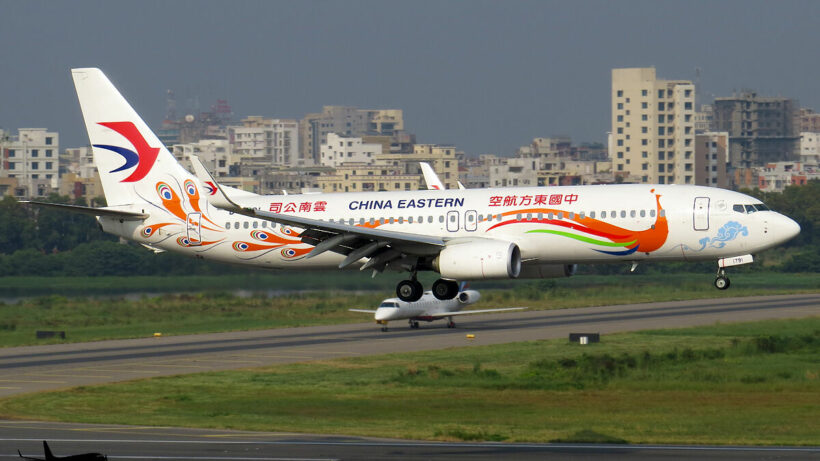 A preliminary look into the possible causes of a fatal China Eastern crash on Monday has investigators baffled, according to a Bloomberg report. In particular, mystery surrounds why the Boeing 737-800 appeared to enter a sudden nosedive from a cruising altitude of 29,000 feet, an hour before it was scheduled to land. The aircraft was flying from the southern city of Kunming to Guangzhou, north of Hong Kong with 132 people on board.

Video footage captured by a nearby mining company appears to show the aircraft in a steep nosedive, although its authenticity has not been confirmed. Like other investigators, John Cox, a former 737 pilot and aviation safety consultant, is puzzled by this.

“It’s an odd profile. It’s hard to get the airplane to do this.”

Yesterday, it was confirmed that one of the black box flight recorders had been recovered from the crash site. It’s hoped the flight recorder will hold clues as to why the aircraft suddenly plummeted. Investigators are also examining the wreckage pattern to establish if the aircraft broke up mid-flight, as has happened in terrorist bombings in the past.

However, both Cox and Jeff Guzzetti, a former accident investigator with the US Federal Aviation Administration, say the relatively straight track followed by the aircraft, plus the fact its transponders were still broadcasting, would indicate it did not break up while still in the air.

According to China’s Civil Aviation Administration, air traffic controllers made multiple attempts to communicate with the pilots of flight MU5735 as it entered the nosedive, but got no response.

Investigators say there are important differences between the China Eastern crash and an Air France flight that went down in the Atlantic Ocean in 2009, killing all 228 people on board. Data shows that the Air France aircraft fell at a much slower rate and more erratically, after its speed sensors iced up and pilots became confused.

In 1997, a Silk Air flight dove into a river in Indonesia, killing all 104 on board. That aircraft was falling at over 38,000 feet a minute and the cockpit and flight data recorders had been shut off. Investigators concluded the pilot had most likely crashed the plane intentionally.

Benjamin Berman, a former investigator with the US National Transportation Safety Board, says it’s too early to say what caused Monday’s crash, but adds that the Boeing 737-800 is designed in such a way that it won’t normally dive at steep angles, and would take an extreme effort by the pilot or a highly unusual malfunction.

“You need something to hold the nose down.”

palooka
Memory says they had a problem a few years ago with severe metal fatigue where the wings join the fuselage. No wings goes straight down.

KaptainRob
16 minutes ago, palooka said: Memory says they had a problem a few years ago with severe metal fatigue where the wings join the fuselage. No wings goes straight down. That was 'cracks' found in the pickle-forks. At least one…

palooka
35 minutes ago, KaptainRob said: That was 'cracks' found in the pickle-forks. At least one wing was still attached upon impact as the tip was deposited on edge of the crater, as per pics. Possibility, one detached quickly stressing the…

Shanghai to enter lockdown, one half at a time, for mass testing