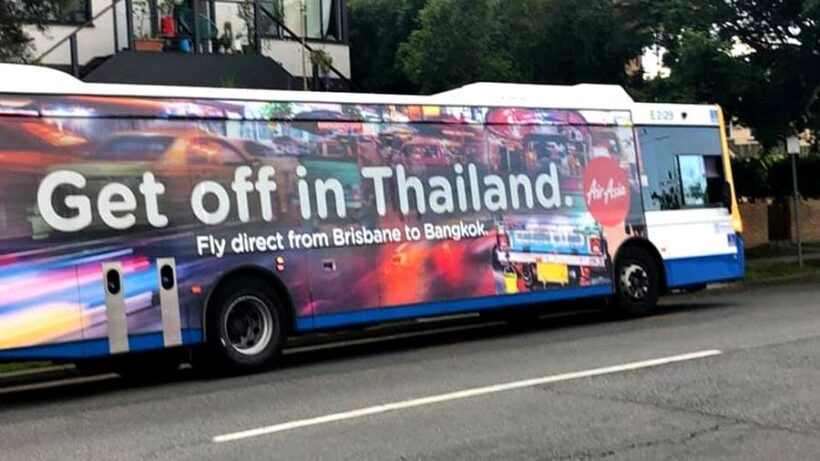 AirAsia has now apologised following an advertising campaign using the phrase “Get off in Thailand” was posted around the city of Brisbane to promote the airline’s direct route to Bangkok.

Collective Shout, a campaign movement against the objectification of women says the marketing gaff promoted sex tourism in Thailand.

“AirAsia can confirm the advertising campaign has ended and we instructed our media partners to have the advertising removed as soon as possible today from all locations.”

Brisbane City councillor Kara Cook branded the campaign an “absolute disgrace” and said “it should never have appeared on our city’s streets.”

The Australian regulator Ad Standards said while it had not received any complaints about the advertising on the bus, it had received one complaint about the same advertisement on a billboard.

The same ad is still on a billboard at Brisbane Airport, however the airport tweeted on Monday afternoon that it was being removed as a priority.

AirAsia began a new direct flight route between Brisbane and Bangkok in February this year.

An AirAsia spokesman said the campaign had since ended and the last advertisements were being removed around the city.