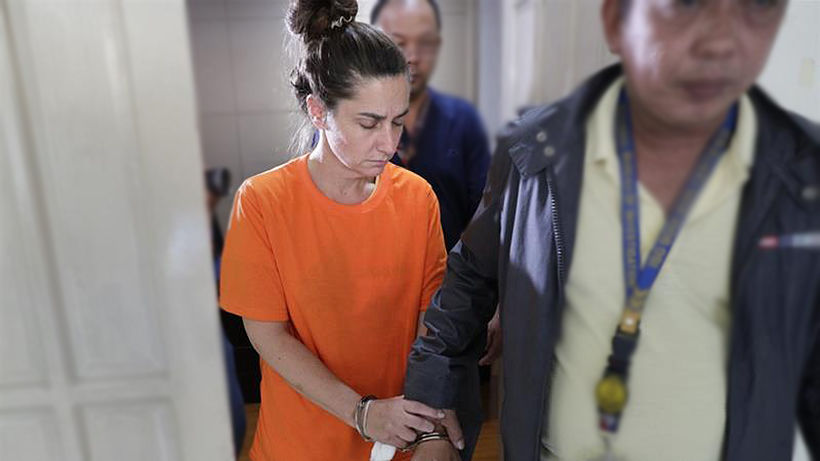 “The baby, who is now in the custody child welfare services, was born to a Filipino mother in the nation’s south and then flown to Manila.”

The woman, 42 year old Jennifer Talbot (previously reported as being 43), had no valid custody documents for the child but managed to make it through security and immigration before personnel at the departure gate confronted her at Manila’s international airport on Wednesday.

National Bureau of Investigation officials said she was “carrying an infant baby boy inside a sling bag” as she attempted to depart for a connecting flight on her journey back to the US.

Prosecutors charged Talbot with human trafficking, which if convicted, could send her to prison for decades, officials told reporters at a press conference as Talbot stood by in orange jail clothes. Investigators believe the baby, who is now in the custody child welfare services, was born to a Filipino mother in the nation’s south and then flown to Manila.

The exact circumstances of how Talbot came to have the baby are still under investigation, but authorities believe they have located the birth mother. Prosecutors have not filed any kidnapping charges.

Air Asia flight, from Maldives to Bangkok, returns to Male after engine explodes