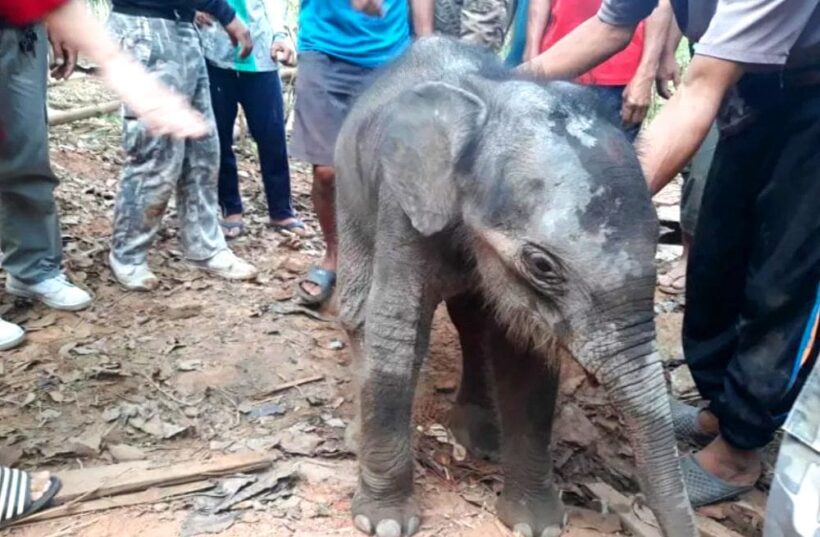 A baby elephant, rescued from an unused drain in Bueng Kan, on the Laos border near Vientienne, has been transferred to a specialist elephant hospital in Surin for treatment.

A team of veterinarians from the National Parks, Wildlife and Plant Conservation Department, decided to move the baby elephant after they examined the infected wounds on its head, back, buttocks and navel.

The vets said although the wounds were healing, the calf should receive better treatment at the hospital.

They say the officials would later discuss efforts to integrate the calf back to its herd after it is completely healed. 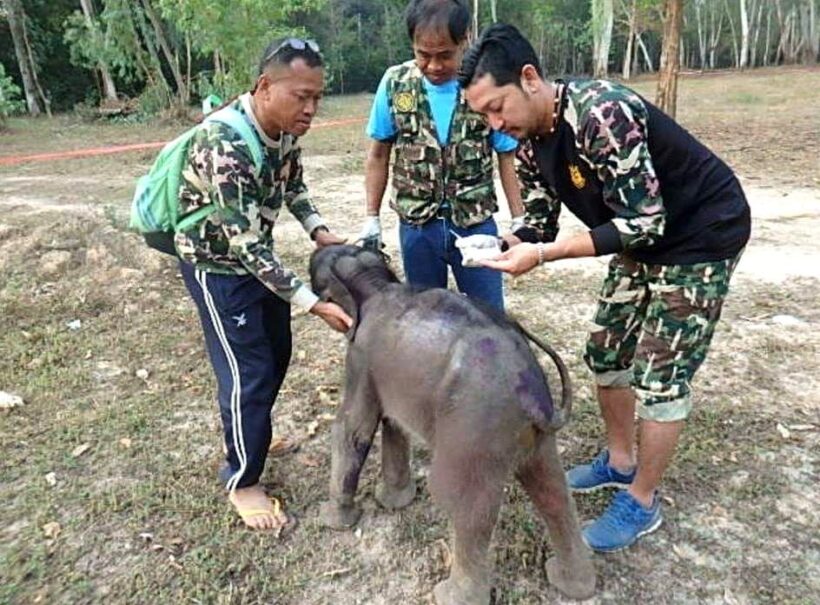 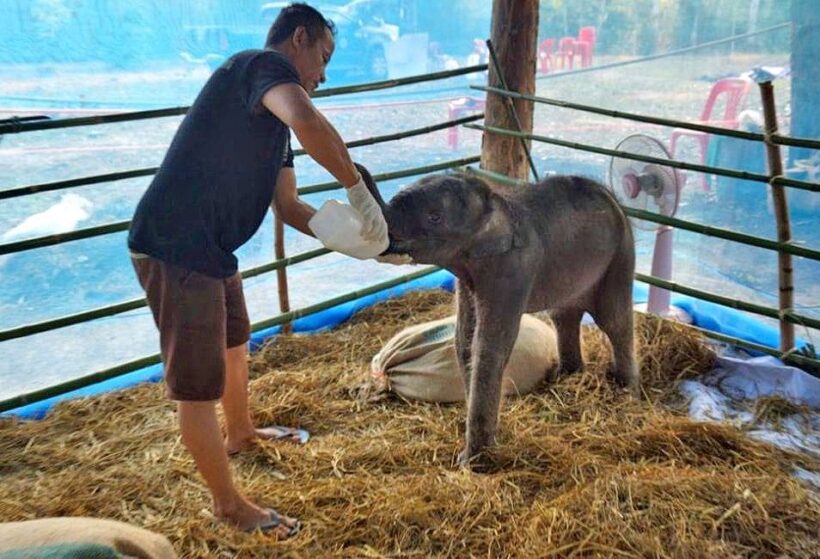