A motorbike sidecar (saleng) has collided with a motorbike in Chalong where two people sustained serious injuries and two chickens died yesterday in Chalong.

The Chalong Police were notified of the incident on Chao Fa West Road at at the entrance of Soi Baan Klang in Chalong at 7pm last night.

Nearby they found two men, one aged 50 years old and another 70 years old, who had sustained serious injuries. Another person sustained minor injuries. They were taken to Vachira Phuket Hospital and Chalong Hospital. Two dead chickens were also found at the scene.

Witnesses say the motorbike sidecar was carrying many items including chickens heading from Chalong Circle towards Phuket Town. The motorbike sidecar tried to overtake another vehicle at high speed when it collided with a motorbike coming in the other direction, according to police. 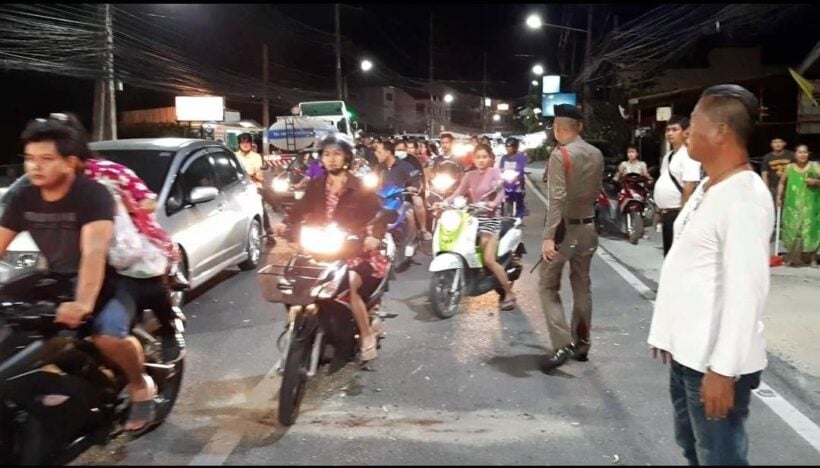 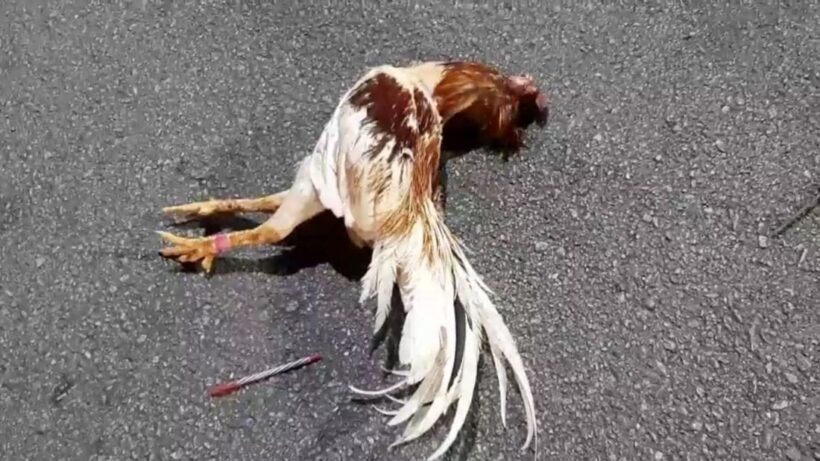