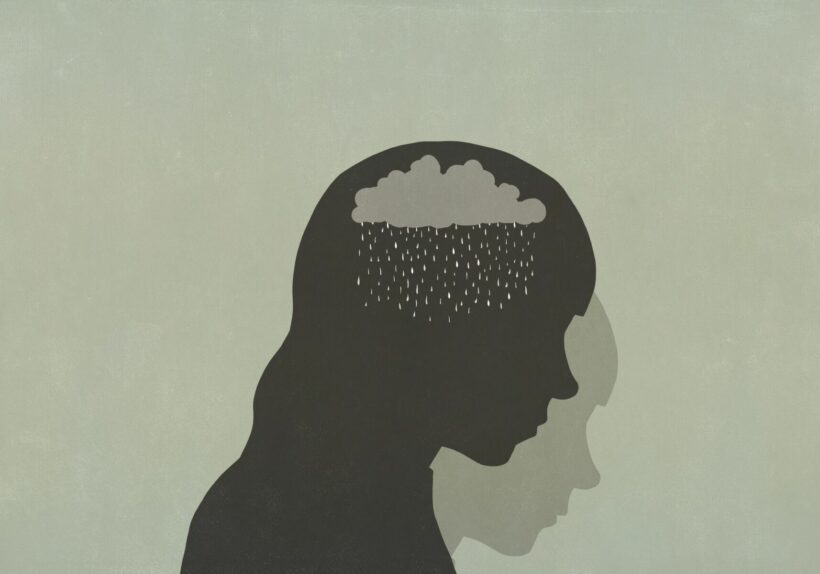 Suicide rates among Thai teenagers and young adults in Thailand have increased ‘alarmingly’ over the past five years, according to Thailand’s Department of Mental Health. The department’s director-general blames the high rates of suicide on increased stress caused by impacts of the Covid-19 pandemic. Thailand, the Land of Smiles, has the highest suicide rate in Southeast Asia.

Director-general of the Department of Mental Health Dr. Amphon Benjaponpitak revealed on Thursday that the suicide rate in Thailand is 7.8 per 100,000. In 2019, pre-pandemic, the rate reported by the department was 6.64 per 100,000 people.

In April 2020, a Thai cleaner attempted suicide by drinking rat poison in front of the Ministry of Finance to protest against the ruined economy and lack of government support peak-pandemic. She said she was left to starve and was splitting one packet of instant noodles between three meals…

“I completely ran out of money. I called my friends and relatives. Everyone had no money,”

At that time, the Thai government was giving out aid of 5000 baht to people who were struggling under their “No One Left Behind” scheme. But millions of people, including the cleaner, learned they didn’t qualify for the aid.

Two years on, no such government aid for Covid-19 exists, but many Thais are still living in poverty. Last weekend, hundreds of residents in Pattaya queued for free food handouts, like they did during “lockdown” two years ago. Rates of homelessness in Thailand’s cities have also increased as people lost their jobs, couldn’t find other work, and could no longer afford to pay their rent.

A survey conducted in January this year showed that many Thais suffer from suicidal thoughts, depression and burnout as a result of the pandemic. Nearly 10% of the 2.5 million people who took part in the survey said they are depressed. Over 8% said they were suffering from stress, and over 5% were deemed at risk of committing suicide. Over 4% said they had feelings of burnout.

A mental health assessment among adolescents in Thailand in 2021 found that 28% were experiencing high levels of stress, 32% are at risk of depression and 22% were found at risk of committing suicide.

“Increasing numbers of children and adolescents in Thailand and around the world are facing mental health conditions and disorders, and we believe this is just the tip of the iceberg.”

“Although the impact of poor mental health among children and young people is significant with the potential to result in lifelong consequences, mental health remains largely neglected and underestimated, oftentimes even hidden due to the stigma and shame surrounding the issue. This is something all of us must address, to destigmatize mental health conditions, encourage conversation around it, and make services and support easily available for those who need it.”

According to CAMRI, Thailand has only 200 psychiatrists who specialise in children and adolescent mental health for a 15 million adolescent population.

If you’re feeling lonely, depressed or suicidal, The Samaritans of Thailand have an English hotline you can call daily at 02 113 6789 (press 2). The service is free and gives you access to staff who are trained in suicide prevention, though you don’t need to be suicidal to access the hotline.

Once you leave a voicemail on the English hotline, a staff member will call you back within 24 hours. You may call anonymously.

If you want to find out where you can access mental health support in Thailand as a foreigner, click here.

Fanta
15 minutes ago, Thaiger said: Thailand, the Land of Smiles, has the highest suicide rate in Southeast Asia. When was the last time anyone saw a public service announcement on Thai TV or media for mental health services? Everyone knows…
Chatogaster
1 hour ago, Thaiger said: Suicide rates among Thai teenagers and young adults in Thailand have increased ‘alarmingly’ over the past five years, according to Thailand’s Department of Mental Health. The department’s director-general blames the high rates of suicide on…

palooka
We are currently mentoring a young lady and assisting with advice and support, to turn her life around from hopelessness to a light at the end of the tunnel. ie she sees a future without debt. No, we are not…
Zorba_the_Geek
21 hours ago, Fanta said: When was the last time anyone saw a public service announcement on Thai TV or media for mental health services? Everyone knows the number to call the cops but a rare few know the number…