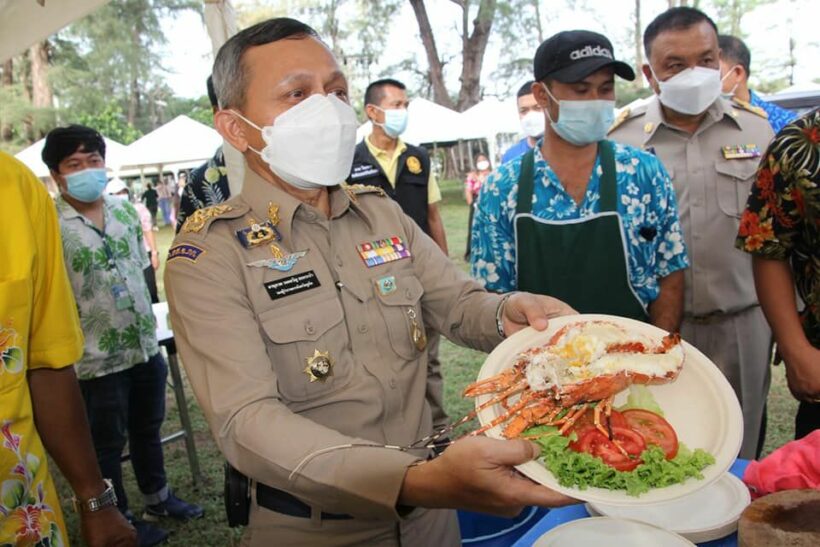 Phuket’s Roi Rim Lay seafood festival will be hosted at Nai Yang Beach this coming weekend on Friday and Saturday. The festival will start at 4pm on Friday, and end at 11pm on Saturday, March 25-26. The festival will host over 100 food stands, live ‘Luk Thung’ Thai folk music, and cooking competitions with chili paste and grilled seafood.

The president of the Saku Tambon Administrative Organisation said in a press launch on Monday that food and drinks at the festival will be cheap, and lobsters will be sold for 199 baht each.

The president said the festival aims to help the local fishing economy, including both fishermen and seafood operators. Phuket Vice Governor Anupap and other officials are supporting the event, along with the president of the Phuket Provincial Administration Organisation. The PPAO has organised other food festivals in Phuket in the past, also to support local communities.

The Roi Rim Lay festival was recently held at Kamala Beach this past weekend as well. It lasted from Saturday Until Monday, March 19-21. Phuket’s Governor Narong said the festival is being held at multiple locations in Phuket.

“Holding the Roi Rim Lay events at various locations in Phuket aims to stimulate the economy in the province”.