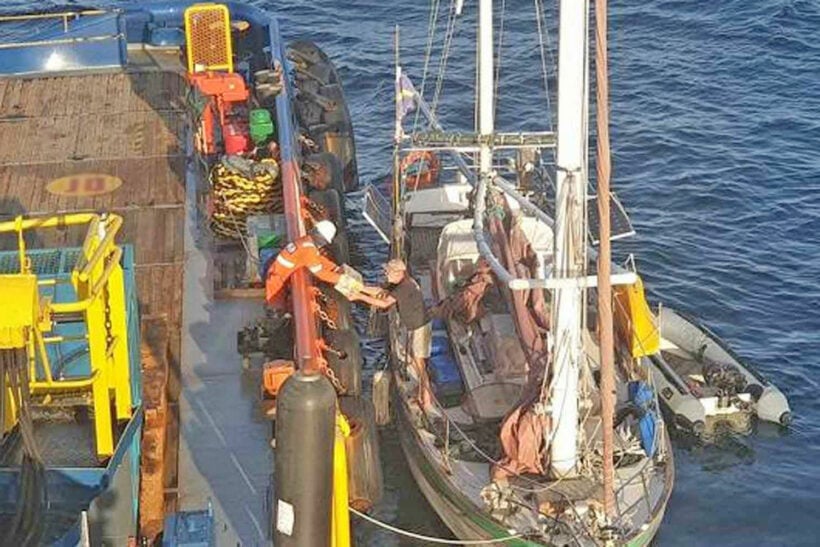 PHOTO: The sailboat Pollen Path alongside a patrol boat at the naval operations centre in Phuket this morning - Achadtaya Chuenniran, Bangkok Post

A British man had to be towed to shore along with his sailboat after the craft’s motor broke down off Phuket, leaving him adrift for three days before he was rescued.

The operations centre of the 3rd Naval Area in Phuket got a request from the cargo ship Miclyn Endurance yesterday afternoon to help a sailboat, the Pollen Path, which was spotted helplessly drifting at sea, about 40 nautical miles from Phuket.

The area commander said a navy patrol boat, Tor 232, left about 7:30pm to assist the stranded sailboat. The patrol boat met the cargo ship about 10:30pm and was directed to the sailboat, finding it about 20 minutes later.

The Tor 232 towed the Pollen Path to shore, arriving at the pier of the naval operation centre in Phuket at 9.30am today.

After 32 years, legendary Phuket eatery Baan Rim Pa is on the move