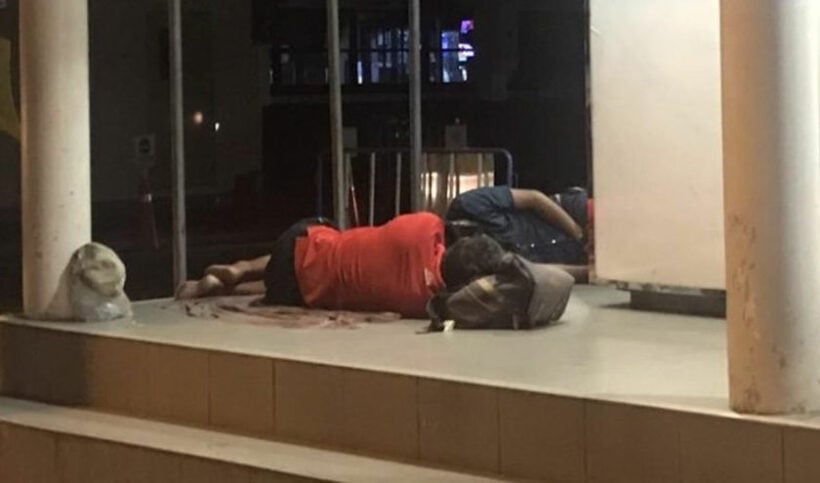 Pattaya residents are urging officials to do something about the escalating homelessness problem in the city. Pattaya is usually one of Thailand’s most popular tourist destinations but, like the rest of the country, it has been left ravaged by the economic fallout of Covid-19.

Many of the city’s homeless have taken to squatting in abandoned bars; others simply sleep on the streets. They have to resort to begging from passing Thais and foreigners, with some accused of petty crime and aggressive behaviour. The police have already carried out a number of arrests, including a woman who assaulted a foreign man for rejecting her advances, and a transgender woman who hurled rocks at a car. However, the police say most of the homeless people they encounter are peaceful.

There have been suggestions that they should be provided with bus tickets in order to travel back to their home provinces. However, it’s understood many of them are foreign migrants, unable to go back to their country as a result of the borders being closed. Their status as migrants also mean there are limited services available to them. The Pattaya News reports that the city’s homeless shelters are trying to help, offering space to those who need it, but some prefer not to live in a shelter.

Roughly 80% of Pattaya’s GDP is centred around tourism, hospitality, and events, all sectors that are experiencing an exceptionally rough ride due to the country’s borders being closed. Thai PM Prayut Chan-o-cha has acknowledged the economic devastation being caused by the ban on international tourists, which has been in place since March.

The government is currently considering re-opening some parts of the country to foreign arrivals under very strict controls, beginning with the island of Phuket. If the pilot proves successful, it’s hoped other areas of the country, including the province of Chon Buri, may follow suit.