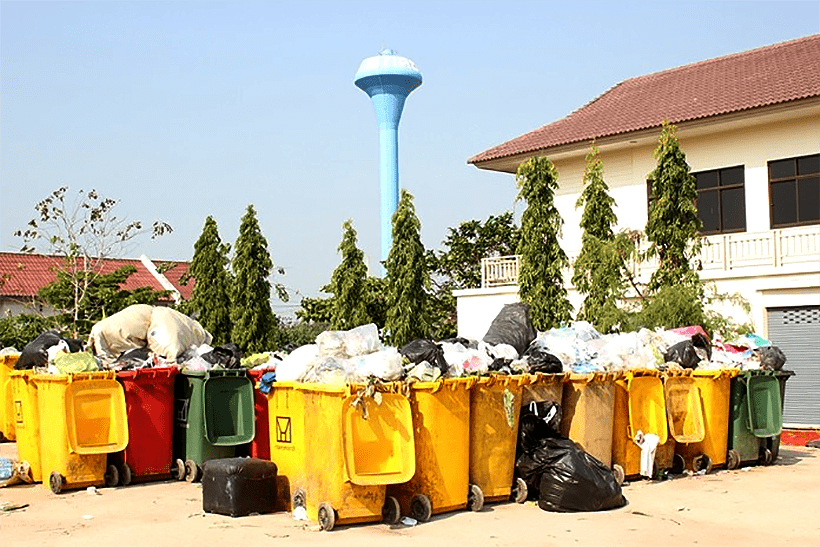 A housing project in East Pattaya is generating so much rubbish it is causing a major annoyance to local residents. The construction co-ordinators have tried to move the garbage area of the site several times. But wherever they move the rubbish, it remains a problem for surrounding communities.

The Pattaya Mail reports that Boontem Yikeng, director of the Nernplabwan Government Housing Project says he is now awaiting approval from the Chonburi Housing Department to construct a garbage-storage shed in front of the project.

He says the storage shed is necessary because, no matter where trash bins have been placed, residents complain about the smell, and flies along with overflowing bins, are giving the project a bad image.

He says that, at first, five bins were placed around the perimeter of the construction zone.

“But lazy people continued to dump garbage behind the main administration building.”

Moving the bins behind the building solved the problem of locals using the bins for their own rubbish but moved the smell to another area annoying neighbors.
Boontem told Pattaya Mail that the problem has been going on for years and, barring an amazing turnaround in residents’ refusal to separate trash and recycle, will continue until a larger storage area farther from the apartments is approved.
SOURCE: Pattaya Mail