Police were first notified about a foreign man “harassing” boats in off the Pattaya coast driving a Jet Ski. According to reports from some of the people affected, the man was cutting off other boats causing “dangerous risk” and he was also climbing into random tourist boats in the area. The man then drove his jet ski into the Jomtien Beach trying to flee from officials in hot pursuit. This all happened on July 31.

According to police, he was driving his jet ski into restricted parts of the waters where small boats and jet skis were not allowed. He was even driving the jet ski around Bali Hai Pier, another restricted area.

When the man noticed officials he headed for Koh Larn and started to drive his jet ski extremely close to people swimming in the area. He then used the jet ski to cut off a boat that was delivering tourists from Pattaya to Koh Larn. But officials finally caught up with him at the Ocean Marina Yacht Club in Na Jomtien.

The man has been identified as 45 year old Baker William Alexander from Canada. He proved to officials that he had all the required documentation to drive his jet ski but officials are now working to cancel his permits. He has also been told that he will be prosecuted if he attempts to drive his jet ski again. Baker was arrested and taken to the Tourist and Immigration Police for further prosecution.

But’s not Mr Baker’s first time harassing people, onshore as well as offshore. Police discovered that the man is the same person that attacked random people on the street with a knife and climbed on top of village rooftops.

On that occasion he was wielding a machete in a standoff with neighbours on a roof in Kasetsin Soi 2 on the weekend of July 13 and 14. That time he was shouting… “I’ve chopped down bigger trees than you”.

There are currently a number of other cases pending for Mr. Baker. 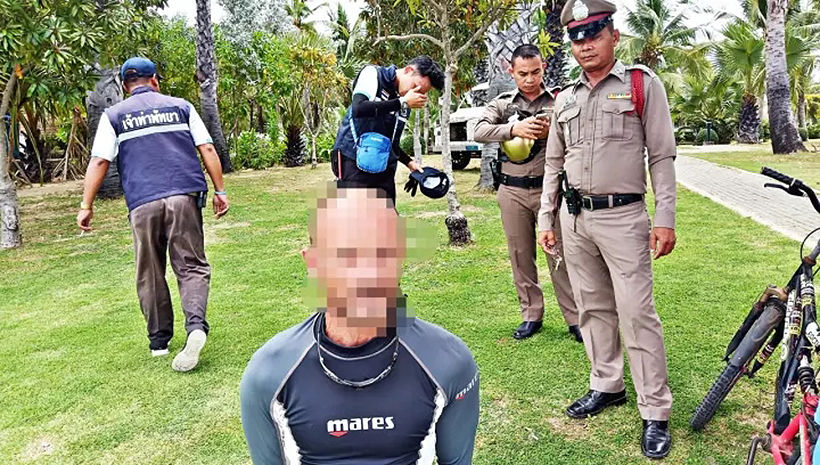 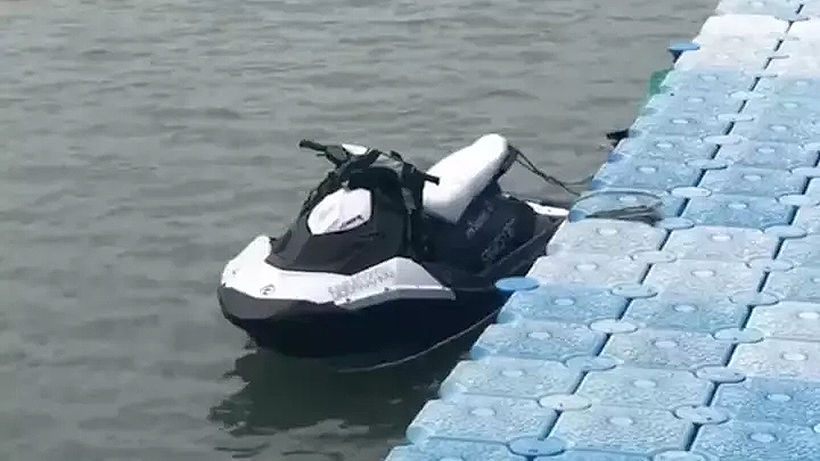