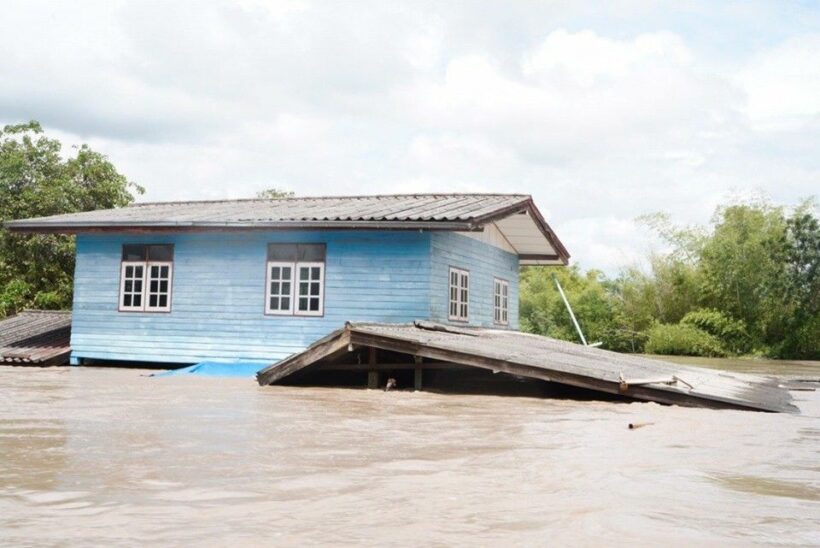 After coming in for quite a lot of flak for what many called a slow response to flooding that has crippled the North and North-East, the government is launching a televised charity campaign to ask for donations to help relief efforts.

The PM himself will step in to receive donations on behalf of flood victims, with the campaign being broadcast tonight on Mcot 30 (Channel 9) between 7.30pm and 10.00pm.

The government fundraising initiative follows that of renowned actor and volunteer rescuer Bin Bunluerit, who posted on Facebook at the weekend about the Ubon Ratchathani floods and the devastating impact on residents.

His post included bank account details where people could make donations and has so far generated over 130 million baht. He himself has pledged 1 million baht and says the funds raised will be sent to the worst-affected areas. Bin has already been to those areas and witnessed the devastation first-hand.

“When I first arrived, I brought with me 200,000 baht, which I spent on daily necessities, fuel and pet food. I gave elderly people 1,000-2,000 baht each. They desperately need money to buy what they need, rather than dry food or other stuff.”

The death toll from the severe flooding now stands at 32. Over 400,000 homes have been affected across 32 provinces, with Ubon Ratchathani bearing the brunt of the damage.