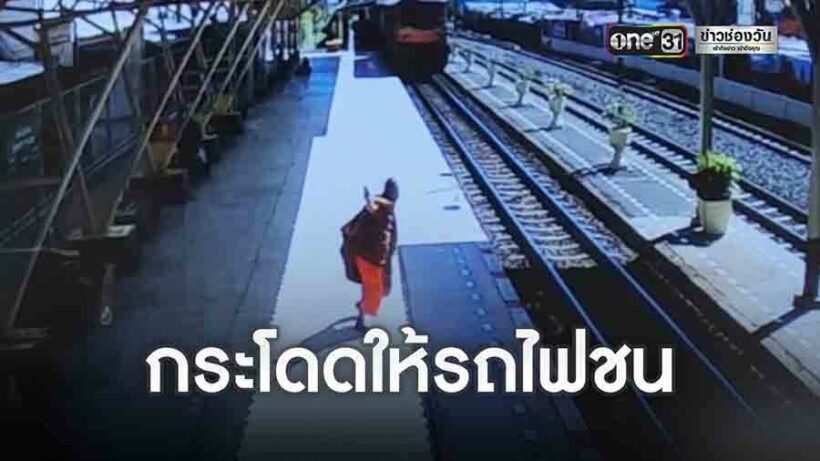 A monk has died after jumping on to rail tracks and into the path of an approaching train in the north-eastern province of Si Sa Ket, near the Cambodian border. The incident occurred at a provincial train station in front of horrified witnesses at around 10.30am yesterday.

According to a Nation Thailand report, police say the 55 year old’s body was dismembered in the incident. Witnesses report that he jumped onto the tracks and stood with his arms open, in the path of an oncoming train. They say there was no time to save him. Police have launched an investigation to determine the motive behind the monk’s suicide.