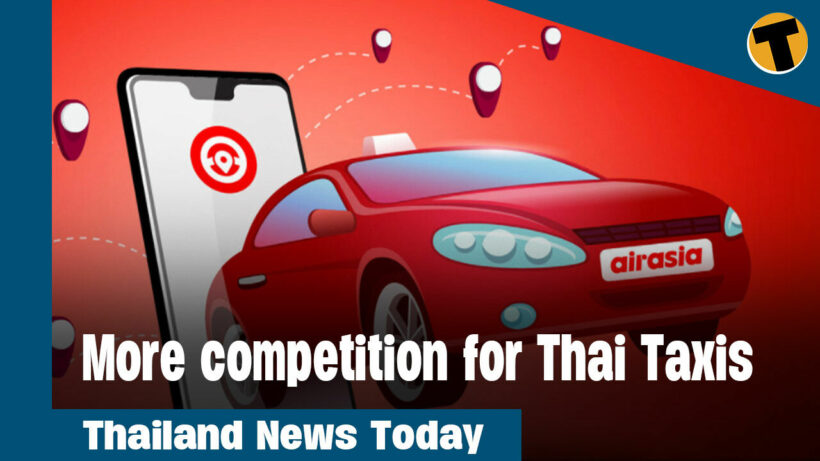 A leading epidemiologist has questioned Thailand’s rush to declare Covid endemic as infections and deaths surge.

Dr. Chakrarat, director of the Bureau of Epidemiology, is suggesting officials slow down a bit, as he casts doubt on the wisdom of trying to declare the virus endemic by July 1.

Despite raising the country’s alert level to level 4 on February 21, the CCSA last week announced a roadmap for transitioning from pandemic status to endemic. However, Chakrarat points out that the highly-contagious BA.2 sub-variant is still raging through the country, creating a surge in cases and an increase in fatalities among the unvaccinated and vulnerable groups.

According to a Nation Thailand report, the infectious diseases specialist points out that this mutation is just as severe as BA.1 and 1.4 times more contagious.

Chakrarat says most patients in Thailand now have the BA.2 variant and he expects case numbers to rise following the Songkran holiday, due to people returning to their home provinces, potentially infecting elderly family members and relatives with underlying health conditions.

Chakrarat says that data from February 13 to 19 shows that out of every 100,000 people in the provinces, at least 100 had contracted the virus. On February 21, 32 patients had died from Covid, most of them elderly or with underlying conditions.

60% of those who died were unvaccinated, while the remainder had not yet received a booster dose. Considering current infection trends, Chakrarat says now might not be the time to be making plans to declare the virus endemic anytime soon.

This Friday is the deadline to apply for the 60-day “Covid” visa extension, which is no longer offered to those on a Non-Immigrant Visa under the latest order.

The extension is intended for those who cannot return to their home countries due to the pandemic and the deadline has been pushed back numerous times, without any formal announcements from the Thai Immigration Bureau.

The visa extension was initially offered to the majority of expats in Thailand, but with the global Covid situation improving and travel restrictions gradually lifting, Thai Immigration has become more strict with issuing the extensions. Those who entered Thailand on a Tourist Visa and visa exemption will be allowed to apply for the extension, but approval is at the discretion of the officer and will depend on the situation. The extension is no longer offered to those with a Visa on Arrival, according to the recent order.

Ukrainian and Russian tourists who are unable to return home due to the ongoing conflict in Ukraine are able to apply for a 30-day visa extension for free.
Expats with expiring Non-Immigrant Visas, which includes those in Thailand for work and education, can get a stamp to allow an additional seven-day stay to book flights and get affairs in order before leaving the country.

Bangkok ride-hailers can grab a new option next month. AirAsia’s parent holding company Capital A plans to launch its ride-hailing platform in the Thai capital in April, as it continues an aggressive foray into non-aviation businesses after the Malaysian airline suffered significant pandemic-era losses.

According to the company’s regional CEO Lim Chiew Shan, the new service, dubbed AirAsia Ride, will begin with some 5,000 taxis in Bangkok, before expanding to private drivers and other key cities.

AirAsia Ride first launched in the Malaysian capital of Kuala Lumpur last August. It currently covers all of Malaysia’s major cities, with monthly bookings in the six digits for its 30,000 registered drivers.

The platform’s total rides increased on average more than 60% each month since its launch in 2021, recording more than 700,000 rides to date. Notably, drivers take 85% of the net fares, excluding toll fees, which the company claims are more than any other “e-hailing” platform on the market.
—

As the government plans to administer booster vaccines to 70% of the elderly population before Songkran, Thailand’s health minister is urging them to come forward.

According to a report, Anutin Charnvirakul is telling 2.1 million elderly people to make sure they’re protected before the Thai New Year holiday next month.

The Department of Disease Control is liaising with public health offices around the country to ensure as many people as possible can be inoculated as quickly as possible. Anutin says village health volunteers and religious leaders are being asked to talk to senior citizens in their areas and encourage them to get vaccinated.

The health minister says people should try to get their vaccine around 3 weeks before Songkran, pointing out that it takes some time to build up immunity. Health officials are anxious about the potential fallout from people returning to their home provinces over the holiday and visiting elderly, unvaccinated relatives.

Those who plan to travel to their home provinces have been advised to avoid high-risk activities before travel, to minimise the risk of contracting the virus and spreading it to vulnerable family members.

Meanwhile, Dr. Prasit Watanapa from the Siriraj medical school at Mahidol University is hopeful the situation after this year’s Songkran will not be as concerning as last year’s, due to a combination of Thailand’s high vaccination rate and the dominant strain being the less severe Omicron variant. However, he says the elderly and other vulnerable groups still need to get vaccinated to ensure they’re protected.

The Thai government has approved a budget of 500 million baht to purchase supplies of Pfizer’s antiviral treatment, Paxlovid. It’s understood the fund is part of the government’s 8.4-billion-baht pandemic budget.

Deputy government spokesperson Trisulee has confirmed budgetary approval for the procurement of Paxlovid.

The Bangkok Post reports that 7.7 billion baht out of the government’s 8.4-billion-baht Covid-19 budget is being allocated to frontline healthcare workers and medical staff. Traisulee says the funds allocated to the purchase of Paxlovid will contribute to efforts to overcome the Covid-19 crisis in Thailand.

Thailand has used various medications in its attempts to treat mild symptoms, including favipiravir, molnupiravir, remdesivir, and green chiretta known in thai as Fah Thalaihone.

Last week, a leading medic from the Thai Red Cross Emerging Infectious Diseases Clinical Centre called for the use of favipiravir to be phased out and replaced with molnupiravir. According to him, there is insufficient data to demonstrate the efficacy of favipiravir.