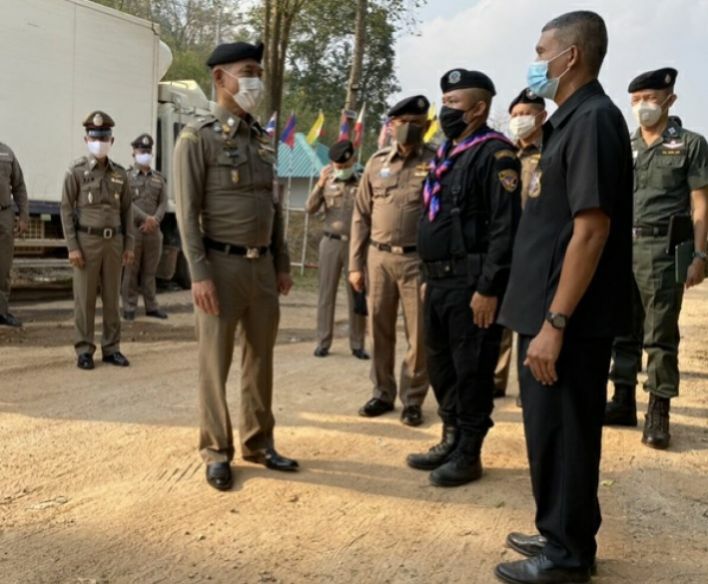 With thousands of Burmese people expected to flee to Thailand following the military coup in Myanmar, Thai immigration police say they have blocked at least 7 natural border passageways. Thai immigration police chief Sompong Chingduang says he estimates around 400,000 Burmese migrants are looking to enter Thailand, adding that the bounty for the arrest of human traffickers has increased.

Sompong says he’s concerned that an influx of illegal migrants will cause another Covid-19 outbreak. Just earlier this week, a Royal Thai Army commander played down the risk of a surge of illegal migrants fleeing Myanmar and reassured the public that anyone trying to enter Thailand will be arrested.

“We are closely monitoring the situation. Burmese people themselves may not be affected, but I told soldiers to step up inspections at the border in case Burmese politicians or VIPs enter into the country to hide.”

Thais started worrying about the virus reaching Thailand when Myanmar reported a spike in cases back in mid-September. Over the next month, as infections continued to spread, Thai authorities tightened patrol along the border and used barbed wire to block natural passageways.

After the major outbreak at the Samut Sakhon seafood market, infecting hundreds of Burmese migrants, the Royal Thai Army admitted that they cannot stop border breaches and keep people from entering illegally.