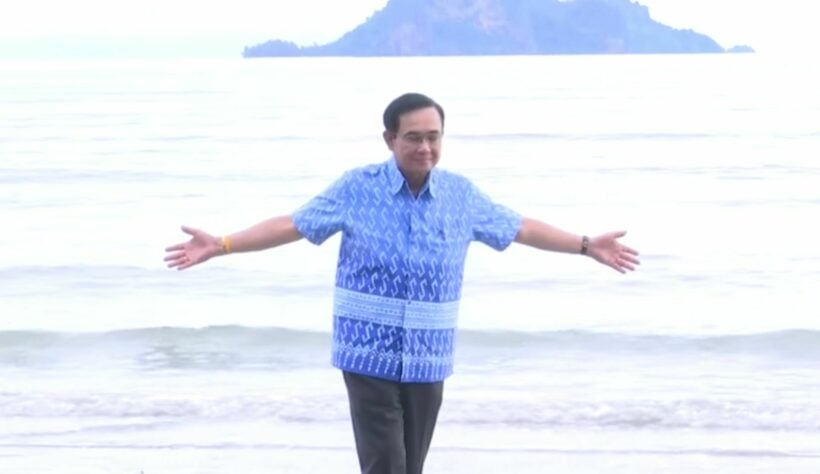 According to government spokesman Thanakorn Wangboonkongchana, PM Prayut Chan-o-cha will visit Udon Thani, one of Thailand’s largest cities, in the north east of the country, tomorrow to meet with the public and private sectors in the region to discuss provincial development and welcoming tourists under the Udon Plus scheme.

Politically, the north east has always seen as a strong region for the government’s opposition parties.

When the PM and his entourage arrive tomorrow, they will pay homage to Phra Rachvachirathamacharn, the temple abbot, and other senior monks at Wat Kesorn Seelakhun (Wat Pa Ban Tad) in Muang district, as well as follow up on the construction of a museum to house the ashes of former abbot Luang Ta Maha Bua.

He would then meet Governor Sayam Sirimongkol and local enterprises to discuss the development plans, which include connecting transportation and logistical systems with countries in the Greater Mekong Subregion, with Cambodia, China (specifically Yunnan province and the Guangxi Zhuang Autonomous Region), Vietnam, Laos, Myanmar, and Thailand.

He’d also be informed about the upcoming Udon Thani International Horticultural Expo in 2026.

Prayut is also scheduled to visit Wat Kham Chanot, a major tourist site in Ban Dung district, one of the six tourist-friendly zones designated by the Udon Plus model.

Stonker
2 hours ago, AussieBob said: I believe that it is Buang Khan? Cities are thesaban nakhon, towns are thesaban muang, and townships / sub-districts are thesaban tambon. Buang Khan is officially a town.
Stonker
Are those dollar signs on his shirt - $ $ $ ? Seriously ...

AussieBob
3 hours ago, BigHewer said: Chiang Rai is the northernmost city, I believe. You are right - looked it up on Google Maps 👍

BigHewer
1 minute ago, AussieBob said: You are right - looked it up on Google Maps 👍 It was in one of the Thaiger quizzes in the free beer sub forum 🤓
Jason
It's what we call a junket.