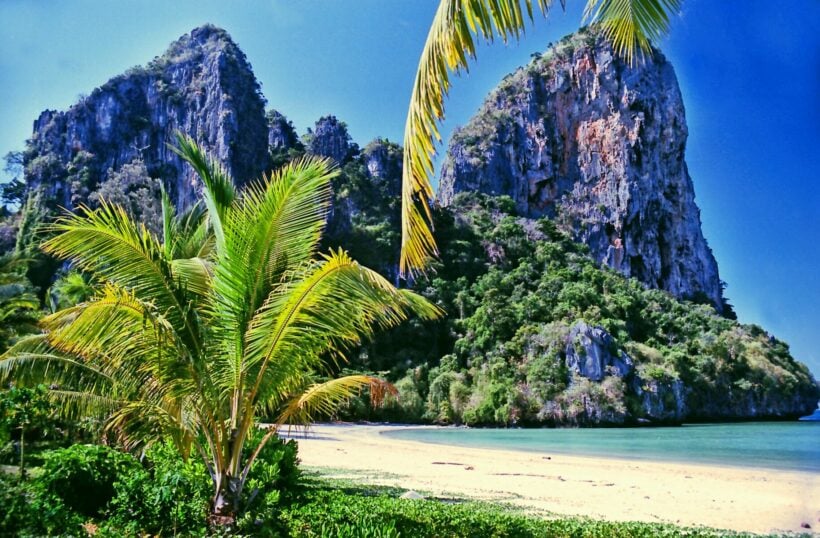 The Tourism Authority of Thailand is celebrating Thailand’s re-opening to international movie stardom once more. The southern provinces of Krabi and Phuket are being used as locations for a Czech movie currently being filmed in the kingdom.

Nation Thailand reports that a film crew, consisting of 22 actors, directors, producers, and technicians are in Thailand to film a romantic comedy called Ostrov (“The Island”). The movie is scheduled for a September 2022 release and viewers will be treated to the beautiful vistas both Krabi and Phuket have to offer.

According to Nation Thailand, this is the first time a Czech movie has done nearly all its filming in Thailand, with 97% of scenes being shot in the 2 southern provinces. The star of the film, Jiri Langmajer, has continued to share pictures and videos of the film’s locations with his Instagram followers, who currently number over 270,000. The TAT has of course welcomed such positive PR for Krabi and Phuket.

Governor Yuthasak Supasorn says news of the filming was confirmed last month, at a joint press conference held by the TAT’s Prague office and the film production company. At the time, the news was picked up by several Czech media outlets, providing some welcome international exposure for Thailand.

“The international exposure and marketing value for Thailand in the making of foreign movies like Ostrov is invaluable, and it is encouraging to see this film crew making a production here almost immediately, as was possible after Thailand’s re-opening to tourism.”

The film crew and actors were able to enter Thailand through the new Test & Go entry scheme, which applies to vaccinated arrivals from 63 approved countries, including the Czech Republic.