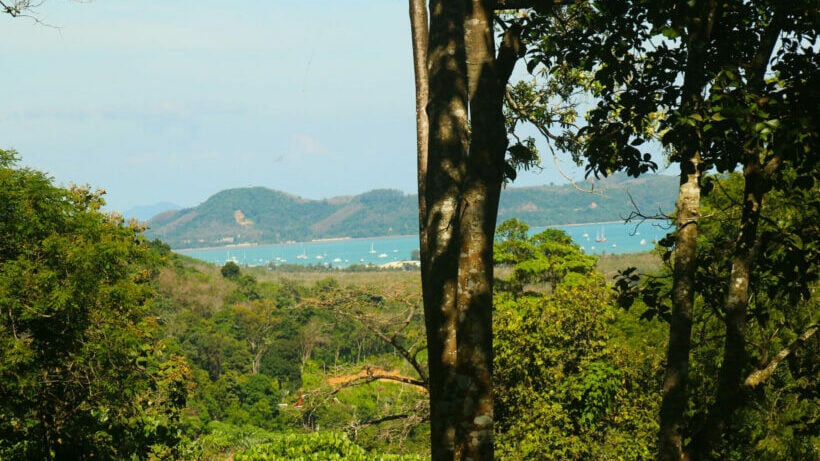 Over the weekend, a party at a luxury villa in Phuket was raided and 19 people were arrested. One officer was allegedly assaulted in the course of the raid. The house was raided in the early morning hours in the Rawai sub-district.

Police arrived at the villa around 1am after being tipped off that an illegal gathering was taking place. Police say the anonymous source was concerned the event could spread Covid to the outlying community, a common refrain when police receive a tip about a gathering. When police tried to enter the premises, some of the partygoers attempted to close the front door so the officials couldn’t get in. One of the partygoers, a foreigner, allegedly kicked one of the officers to keep him from getting inside.

Other members of the raid managed to get inside the villa and allegedly found a group of people drinking, although it was not stated if they were drinking alcohol. The police say they also saw some people dancing by a pool. The Pattaya News notes that under the Emergency Decree, dancing in a group, or gathering in a group, is a violation of the decree. All people present were arrested. They were charged with violating Article 4 of the Phuket Provincial Order pertaining to the prohibition of activities that pose a risk of spreading the disease, such as any type of party.

Police add that the man who allegedly kicked the police officer was the homeowner of the villa. He has been charged with physical assault against an on-duty officer. The man’s name was not revealed to the media.

This raid comes on the heels of a raid at a Koh Samui restaurant that drew widespread condemnation on social media. People questioned how Thailand can expect to breathe life back into its tourism sector when police keep raiding every birthday party or small gathering they come across. Police have defended the raids, saying they don’t make the laws, but they will enforce current laws until the laws change.

Ray
Why is that the RTP show such zeal in activities like raiding parties and traffic stops with potential for fining offenders but do not attempt to stop crop burning by large corporations or filthy exhausts from trucks owned by big…
Paulw
On 9/21/2021 at 9:26 AM, Thaiger said: Over the weekend, a party at a luxury villa in Phuket was raided and 19 people were arrested. One officer was allegedly assaulted in the course of the raid. The house was raided…

Andrew Reeve
Over 20 posts have now been removed from this thread as they were in breach of the following forum rules or were replies back to posts that were in breach of rules All wording must be in English and…
Cathat
Way having a late night bash at home always ensure the neighbors are at the top of the guest list. Works every time for me.

Lowseasonlover
9 minutes ago, Cathat said: Way having a late night bash at home always ensure the neighbors are at the top of the guest list. Works every time for me. Sure, if that place is where I think it is,…