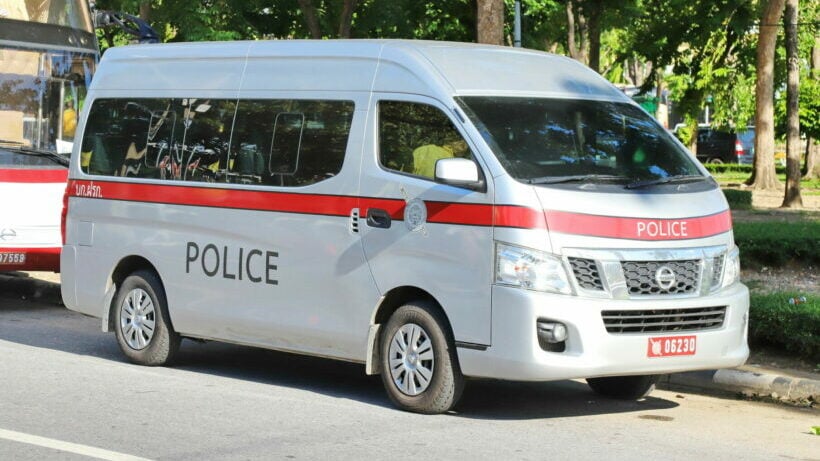 Police in the northeastern Thai province of Nakhon Ratchasima are investigating the matter of a police van being allegedly used to take a group of police officers to the beach in Phetchaburi, a central Thai province. Footage of the officers getting out of the van and enjoying a meal on the beach circulated on the internet on Friday

Panurat Lakboon, commissioner of Provincial Police Region 3 ordered an investigation following the video of people getting out of the police van at Cha-am beach went viral. Online commentators questioned the use of a police vehicle for such an activity. The police van in question belongs to the Phon Kran police station. Panurat says that Pol Maj Gen Pornchai Nonwachai, alerted him to the incident and ordered a fact-finding committee to investigate the matter.

The regional chief says the investigation should be concluded in 7 days. The initial findings showed that the police from Nakhon Ratchasima were not called to Phetchaburi on any official matters. Panurat adds that if the investigation shows the officers from the Phon Krang police station used the van for personal use, they might face disciplinary action.

Lowseasonlover
Why didn't they use the Helicopter?

riclag
Small potatoes! It’s one of the perks that come with the job! Just like being assigned to a traffic detail and discovering you found a another income source.
Paco
I think is not so bad 1 car several policemen instead if each going in their own car = more polution
Jason
Oh Dear....sprung!. Everyone has a phone...everyone has a camera....
Cathat
All smells a bit fishy to me.