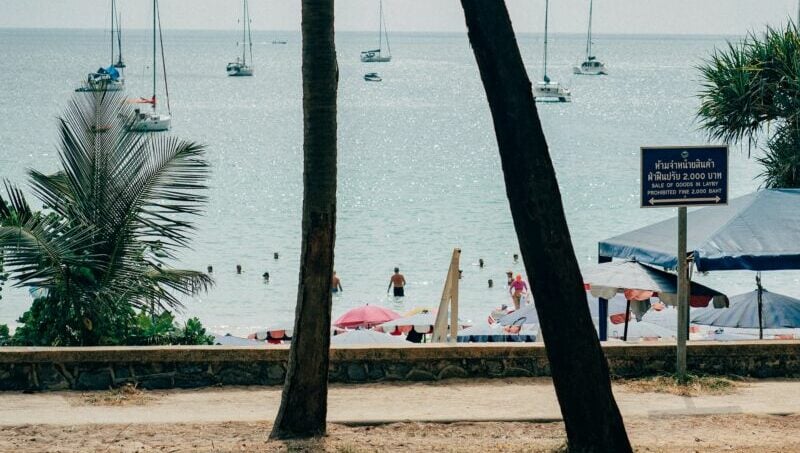 “The infected cases among Phuket Sandbox tourists were expected under the plan made before opening the island.”

Dr Kusak assured the public, and tourists mulling where to go on vacation, that zero of the high-risk contacts linked with the Covid infected tourists have tested positive.

Like the mayor in Jaws, Dr Kusak believes the plan should keep going full steam ahead, regardless of hiccups…

“The infected cases among Phuket Sandbox tourists were expected under the plan made before opening the island, and the infections will not be able to stop the Phuket Sandbox scheme for sure”.

According to The Phuket News, the PPHO chief went on to say that Phuket has the “strictest measures for screening tourists” and that Phuket is only open to tourists from select countries. Dr Kusak says tourists will be swab tested prior to entry and will be required to “undergo” 2 more tests on their 14 day stay/vacation. The doctor says he “think this is the strictest”. He adds that the only way for it to be stricter is if tourists were required to stay in their hotels.

The doctor also reassured everyone that the medical and public health staff work quickly. Also, that they have disease investigation staff that also work quickly.

Dr Kusak adds that when they found the infected people, it only proved that vaccinations cannot 100% protest you from Covid. So, everyone needs to keep following safety protocols. He says not to underestimate the virus.

The doctor then touted Phuket’s disease control measures, saying that such efforts will lead to increased confidence with both tourists and local people. He then helpfully rattled off how many cases of Covid the island had recently.

Last week, it was announced that all Phuket schools will be closed for 2 weeks due to Covid fears.

Soidog
25 minutes ago, Jason said: Time will tell, but there's no way I would have brought my kids into such a situation. Firstly, children can contract and spread the virus but can't be vaccinated. I think a restriction to only…

JohninDublin
1 hour ago, Stonker said: It rather begs the question that if the level of infections were " expected" then why in God's name did they do it? They've set a ceiling of 90 infections a week for Phuket  -…
quang
70% of people in phuket have been vaccinated? On this 70%, could you indicate the percentage of people vaccinated with Sinovac?

gummy
31 minutes ago, quang said: 70% of people in phuket have been vaccinated? On this 70%, could you indicate the percentage of people vaccinated with Sinovac? You should forward your question to Kh Anutin, the Minister for Health as I…