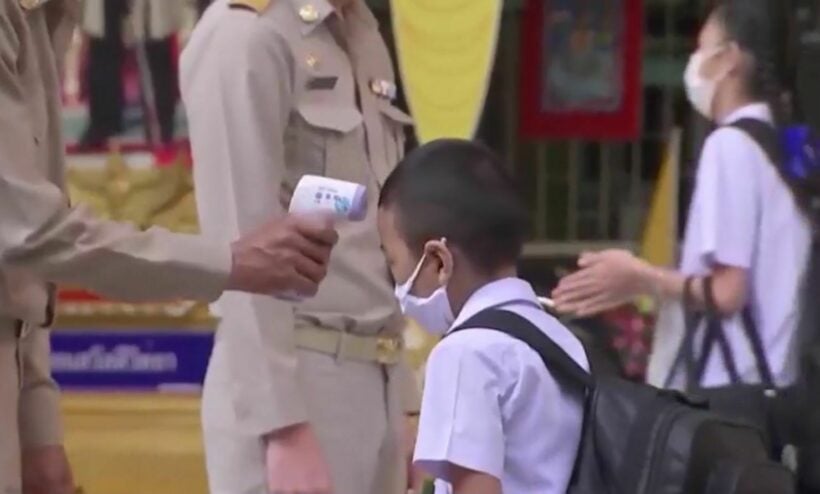 Ah, Thailand, where one city can simultaneously be reopening and reclosing. While the arrival numbers aren’t anywhere close to early predictions, the Phuket Sandbox has had relatively little Covid-19 issues and the people arriving are relatively happy. But the same cannot be said about schools in Phuket where, after numerous schools started closing due to infections, Governor Narong Woonciew announced the complete closure of schools in the province for 2 weeks.

The official order posted last night calls for the closing of all schools and educational institutions in Phuket province, effective July 12 and continuing until July 23 as of now. Governor Narong signed provincial order number 3859/2564 yesterday amid a string of schools announcing 1 by 1 that they would be closing due to concerns over the possibility of a Covid-19 outbreak.

The directive defines a variety of educational institutions to which the order applies. It states that all schools, including those the Ministry of Education and the Office of Vocational Education Commission supervise, will be closing starting Monday. It also includes kindergartens and all schools operating under local government organisations as well as tutoring centres.

The order directs all establishments to abstain from any teaching and learning or any other activity that involves organising and gathering a group of students in person. Schools were commanded instead to make arrangements following the closing as quickly as possible to move all learning to online classrooms in order to continue education for students.

Before the governor’s order yesterday, 5 schools in Phuket Town had announced their plans to close by the end of the day. Yesterday evening, 3 more schools followed suit and declared their intentions to close as well. The closures came as a precaution after Baan Talad Neua School in Phuket Town announced a 2 week closing following a Covid-19 infection of a kindergarten student. Officials in schools began closing for fear of a quick Covid-19 outbreak infecting students, teachers, administrators and families of students and staff.

Preparing for Bangkok lockdown measures from today on