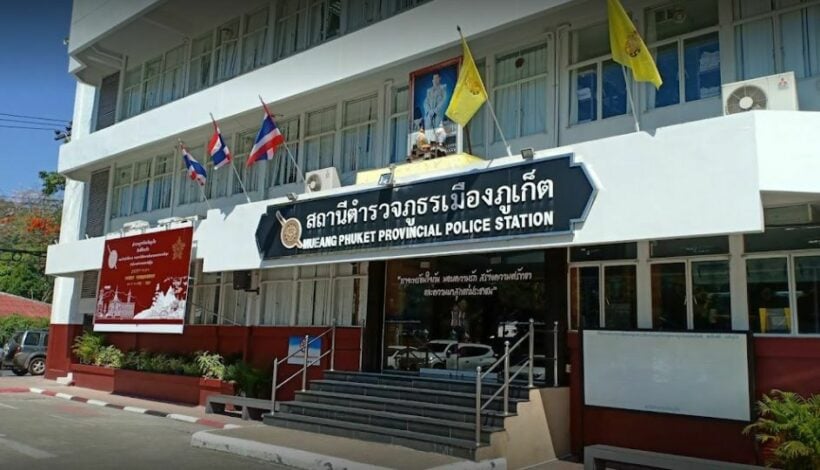 Scammers went after a Swiss national living in Phuket when they pretended to be police, and told him he had to pay a fine for receiving funds through illegal activities. The “police” contacted the man, Alain, saying a FedEx package couldn’t be delivered. Since Alain was expecting a FedEx package, he listened. The story then changed to say Bangkok police were holding a package in Alain’s name. The scammers then told Alain to join them on a LINE video conference.

On the video conference, the scammers asked for Alain’s personal details, and bank account information. They showed Alain photos of two real criminals who had been reported in the media. They said one man transferred 800,000 baht to Alain, and the other transferred 900,000 baht to him. An “officer” said if Alain wanted to prove this wasn’t true, he had to open his online accounts and show them his recent transactions.

Alain knew something was fishy because of how much time had passed. It had already been an hour and a half since the call started. He asked the fake officer to adjust the camera to show him if he was wearing a police uniform. The fake police became aggressive, saying Alain was guilty and he should go to jail. So Alain complied and showed the scammers his online accounts. The scammers then bullied Alain into transferring 57,000 baht to them so it could be “investigated.”

For the next four hours, the scammers called Alain back several times, demanding he transfer more money to them. Alain no longer believed they were real police, and he went to the Phuket Town Police Station report the incident. After Alain showed the police screenshots, recordings, and call logs of what had happened, the police said this looked like a very experienced group of international scammers.

Police have now identified the man who collected Alain’s money, and wait to confirm the account registration details so the man can present himself at a police station. Alain urges other foreigners to not give money to anyone, even people who say they are police. He told The Phuket News, “I just want other foreigners to know that this happened, and not to be deceived by such thieves.”

riclag
Wow thanks Mr. Alain ! It sounded so convincing! When you have been a victim of fraud ,most of the time ,one is always suspicious in the future 🤨 Good luck getting your money back! Hopefully you weren’t entirely cleaned…
JamesR
3 hours ago, DoUKnowWhoIAm said: And not to those who really are police. You have to now and then, 20,000 baht from an ATM machine if you have been caught over the drink driving limit at a road block. 😇
JamesR
3 hours ago, Convert54 said: So where and what is in the Fedex package the scammers seem to be well aware of ? Perhaps they have someone working at fedEx who are informing them of parcels destined for people with…

Guest1
After Alain showed the police screenshots, recordings, and call logs of what had happened, the police said this looked like a very experienced group of international scammers. Perhaps more a very experienced group of local scammers, targeting foreigners, huu?
Alavan
4 hours ago, JamesR said: Perhaps they have someone working at fedEx who are informing them of parcels destined for people with farang names? My thoughts exactly.