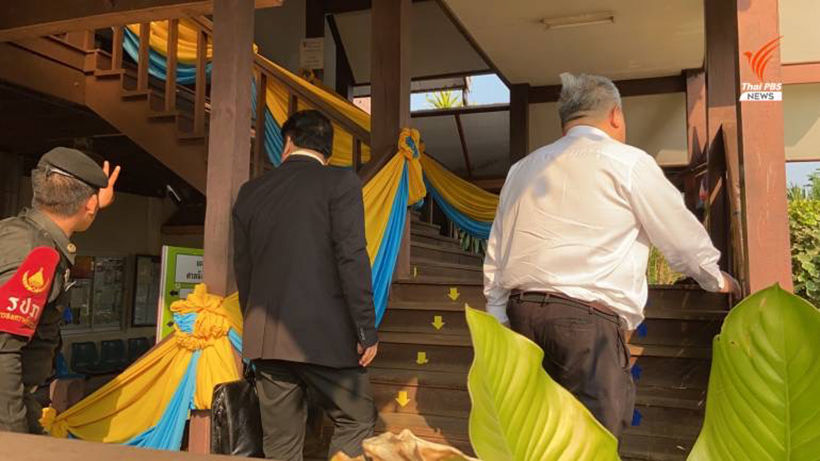 Premchai Karnasuta, the fallen business tycoon who was sentenced last year over a case of hunting and killing protected species in a Kanchanaburi national park, has been trying to get his electronic monitoring ankle bracelet removed by the court.

But the Thong Phaphum provincial court today rejected Premchai’s application for the removal of his electronic ankle bracelet. The request was made on the grounds that the device was exacerbating his poor health due to diabetes.

The Appeals Court has determined that Premchai has to wear the electronic monitoring device after it upheld his conviction and increased his jail term to two years and 14 months, without suspension. As the decision was handed down the court noted that the bracelet was on his right ankle, while the wounds, which he claimed were caused by the monitoring device, were on the left. Premchai was charged and sentenced for illegal hunting in the Thung Yai Naresuan wildlife sanctuary in Kanchanaburi province over a year ago

The Italian-Thai Development Company owner, Premchai, along with his team of lawyers, was present at the Thong Phaphum provincial court in Kanchanaburi province this morning to hear the judge hand down their decision.

Premchai and two other convicts in the illegal hunting case, Yong Dodkrua and Thanee Thummat, reported to the court on January 9 under the conditions of their bail terms. Yong was given two years and 17 months and Thanee, two years and 21 months.

Premchai’s lawyer, Vitoon Yimprai, says the court had granted his request for a one month extension of the deadline for the submission of an appeal to the Supreme Court against the Appeal Court’s verdict.