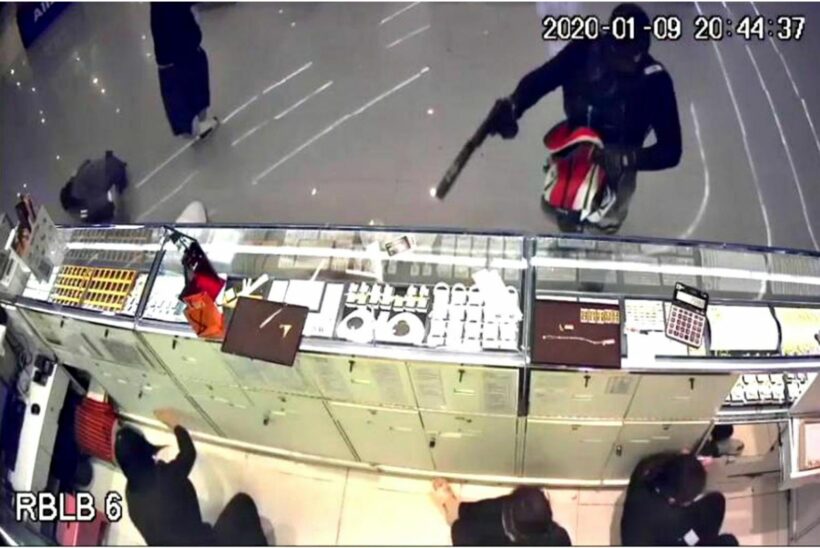 Police now believe the attack at a Lop Buri gold shop in central Thailand last Thursday that killed three, including a two year old boy, may have been carried out by a former military officer. Four others were wounded in what appeared to be a botched robbery. A high ranking police source, speaking on condition of anonymity, told reporters that national police chief Chakthip Chaijinda flew to Lop Buri Sunday evening for an urgent meeting with investigators.

A second source said police are looking for a 35-40 year old man, 165-168 centimetres tall, who is well trained in using firearms. The suspect escaped with gold worth about 635,000 baht.

In an interview, deputy national police chief Suchart Teerasawat said police are reviewing private firearm registrations in Lop Buri. There are about 300 registered firearms in the province.

Suchart says more police are being deployed to speed up the investigation, and that there has been progress but certain details cannot be made public.

The deputy police chief said that the probe is also looking at the possibility that the suspect had a background in sport shooting.

Lop Buri provincial police commander Nattapol Sukrasorn said yesterday the focus of the investigation remains on the robbery, but police have not ruled out other motives.

An unnamed source in the Crime Suppression Division (CSD) says its officers are working with local police, examining surveillance footage to determine the killer’s escape route.

The CSD has asked local specialists for information about the suspect’s gun and silencer, according to the source. The silencer appeared to be “Thai made” and this type of equipment is owned by “a very limited number of gun enthusiasts.”

The Aurora gold shop reopened today for the first time since the robbery as security was being stepped up in Robinson shopping mall where the attack took place. The suspect had made off with 28.5 baht weight of gold, worth about 635,000 baht.

Financial assistance has also poured in for the families of the shooting victims.