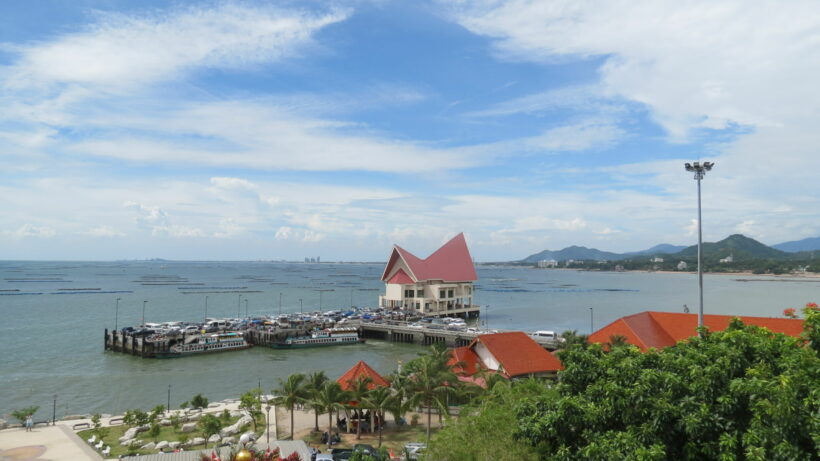 The body was found near the island of Koh Loi, photo by Talking Thailand.

A fisherman spotted a man’s dead body floating in waters off Sri Racha district of Chon Buri province on Tuesday. The fisherman told The Pattaya News he saw the body after parking his boat at a pier. The deceased man has not yet been identified, however he is reported to be Asian.

The fisherman spotted the body near the Loi island. After he called law enforcement, marine police and rescue workers went into the sea to pull the body out of the water. The body was then taken to a nearby hospital to determine the cause of death. Sri Racha police and forensic investigators believe the man died at least one day before his body was found. They did not find any signs of struggle on the body.

This news comes after two other bodies were found in Thai waters last month. One body was found floating in waters off Phuket’s east coast, and caught in the mangroves off Koh Kaew. Phuket City Police, hospital staff, and a forensic experts identified the man as Sahat Bunchan. He was 59 years old, and from the southern city of Nakhon Sri Thammarat. Responders did not find any injuries or suspicious signs on Sahat. Police did, however, find a plastic bag with cash and personal papers near his body.

Another body was found on a beach on Koh Larn, an island off the coast of Pattaya. Police claimed the man was a foreigner. There were wounds on his right eye and eyebrow.

VERSO – The school that equips students with future-ready skills