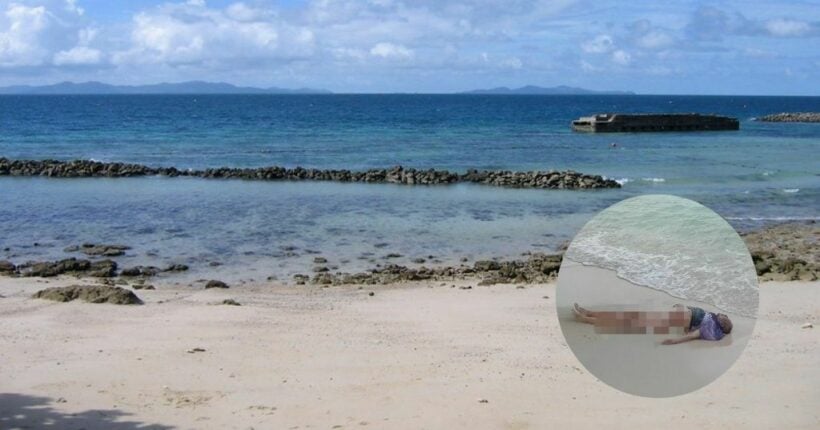 A man’s body was found on a beach on Koh Larn, an island off the coast of Pattaya, this morning. Police have not identified the body, but claim the man “is a foreigner”.

At around 8am, the man’s body was found on the island’s Tien Beach. There were wounds on his right eye and eyebrow, and he was wearing two T-Shirts, but no pants. The man’s pants and shoes were found nearby. The The Institute of Forensic Medicine will conduct an autopsy to determine the cause of death.

Following the reports of the dead body, the Mueang Pattaya Police Station commander warned foreign tourists “to be mindful of their safety and to not drink too much alcohol”.

Police officers are questioning locals in the area and are reviewing CCTV footage. The commander told Thai media that police will wrap up the investigation as soon as possible.

Noble_Design
8 minutes ago, Fluke said: He may have sold them, rather than giving them away ? Sold a used underwear?

Guest1
18 minutes ago, Noble_Design said: Sold a used underwear? Works for some : https://snifffr.com/sell-used-panties-online/ But wasn't my look at it. ;-)
Saunk
Wouldn't surprise me if it was a drunk suicide with everything that has been going on. A lot of guys are offing themselves. Sad times.

bushav8r
4 hours ago, Poolie said: At a guess, by his face? Maybe he was rather well endowed.

Fluke
42 minutes ago, bushav8r said: Maybe he was rather well endowed. He was a White guy, he wasn't African