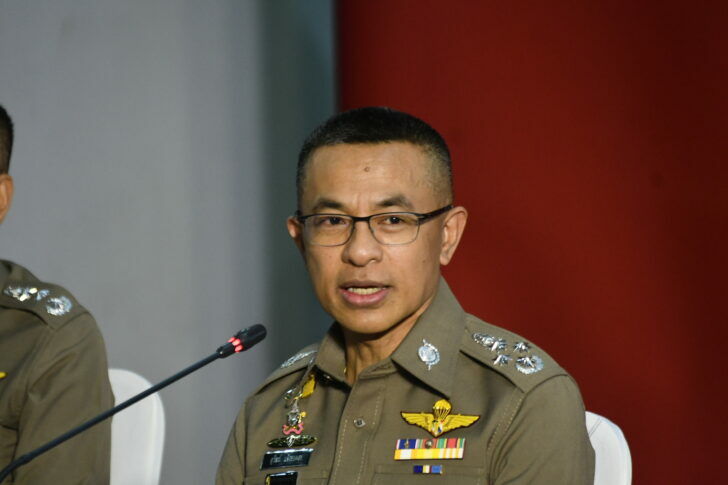 The national police are investigating what they say is a new illicit drug cocktail suspected of being linked to 6 deaths in Bangkok on Sunday. While autopsy results declaring the cause of death have not been released yet, police say 6 people in Bangkok died on the same day apparently after consuming the drug mixture “K powdered milk.”

National police chief Suwat Jangyodsuk says the incident where so many people died on the same day, and possibly from the same drug, has never happened before. 5 of the 6 people who died in the Wat Phraya Krai district with a white powdered drug found at the scenes, according to Metropolitan Police Bureau chief Phukphong Phongpetra.

Media reports have been conflicting regarding the number of people who may have died after taking “K powdered milk.” Some media outlets have reported 6 to 7 deaths suspected of being linked to the drug cocktail while Pattaya News reports 9 deaths in Bangkok from “unknown reasons,” presumably from overdosing on the narcotic cocktail.

“K powdered milk” is a combination of ketamine and a ramelteon sleeping pill, according to the national police chief. Other police reported the powder also contained methamphetamine and heroin. The drugs are crushed up together and resemble powdered milk.

Although an official analysis of the drug mixture has not been reported, police suspect it might also contain controlled pharmaceutical medicine like clonazepam, possibly smuggled into Thailand. Associate professor at Kasetsart University, Weerachai Phutdhawong, claims “K powdered milk” contains the “three drug cocktail” which is used for prison executions.

He says a sample of the drug cocktail sent to doctors for an analysis contained the 3 compounds used for execution by lethal injection: sodium pentothal to make the prisoner unconscious pancuronium bromide for muscle relaxation and potassium chloride to stop the heartbeat.

In a late development, last night police arrested a 23 years old female suspected of selling the drugs in the Sai Mai district, near the Don Mueang Airport. She had 7.35 grams of Ketamine when arrested. On further investigation, the police found “K powdered milk” in her house. The suspect also admitted that she received the drugs from a friend in Lam Lukka district, again north of central Bangkok. Police have sent the drugs for analysis.