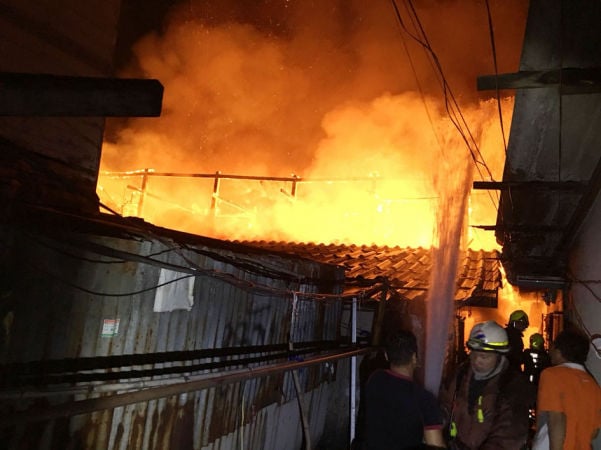 Six timber houses have burned down in the Bangkok’s Wang Thong Lang district, north-east of the city centre, early today.

No one was injured in the blaze that started in the community on Soi Ramkhamhaeng 39 at 4.43am.

The community has many two-storey wooden houses next to each other. Access is through a narrow alley, which made it difficult for the 10 fire engines to reach the fire. Fire fighters had to connect their hoses from hydrants outside the soi.

It took half an hour to extinguish the blaze, which destroyed six houses, according to Lt Col Supachai Phetchuay, an inspector with Wang Thong Lang police station.

Supachai added that police have yet to investigate the cause of the blaze.