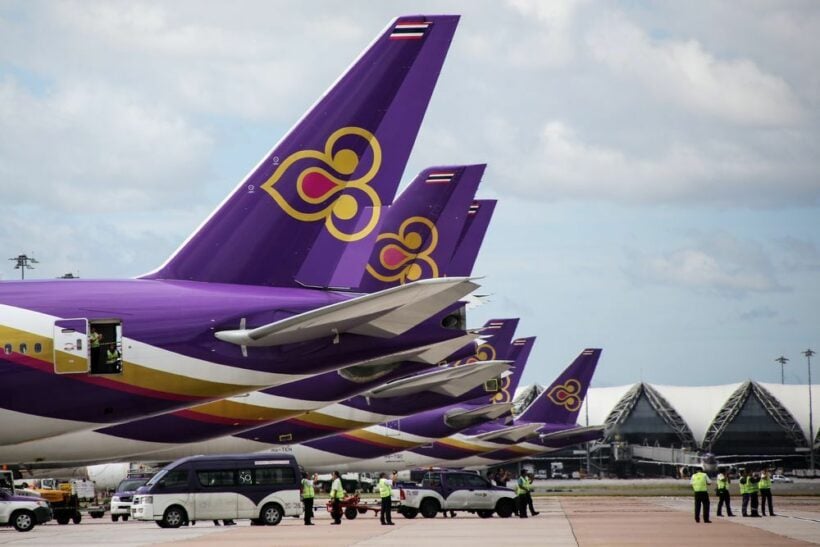 “The airline has also been hesitant to address its middle management glut, long-term and uncompetitive employment contracts and accusations of nepotism in senior management.”

Nearly two years ago they announced the upgrade to their ageing fleet. Then last October, Thai Airways announced it was considering the purchase of Airbus A350s or similar Boeing planes to upgrade its wide body fleet. Government ministries (Thai Airways is a state-owned enterprise) have sent back the original review, balking at the price tag.

“The airline’s management will also consider sources of funds so that it aligns with the company’s position and present plans to the board within six months.”

Reading through the PR gobbledegook, aviation analysts say that it’s clear the government is resisting throwing any more money at the national airline. Thai Airways reported a net loss of 6.88 billion baht in Q2, 2019. In the same quarter last year the loss was 3.1 billion baht. The Government has had to inject cash into the business for the past decade as losses accumulate.

The review of its plans to buy new planes comes as Thailand’s legacy airline faces mounting losses on weak tourism growth and intensifying competition from budget carriers. The situation is predicted to worsen over the next 12 months as the airline struggles to adjust its business model to compete with the smaller, more nimble airlines. The airline has also been hesitant to address its middle management glut, long-term and uncompetitive employment contracts and accusations of nepotism in senior management.

“The board resolved that management revise assumptions in the aircraft procurement program so that it aligns with the rapidly changing aviation industry,” the company said according to a Reuters article.

In August this year Thai executives inspected the new Airbus A220 during its tour of south east Asia – a smaller single-aisle new generation jet with a 2+3 seat configuration.