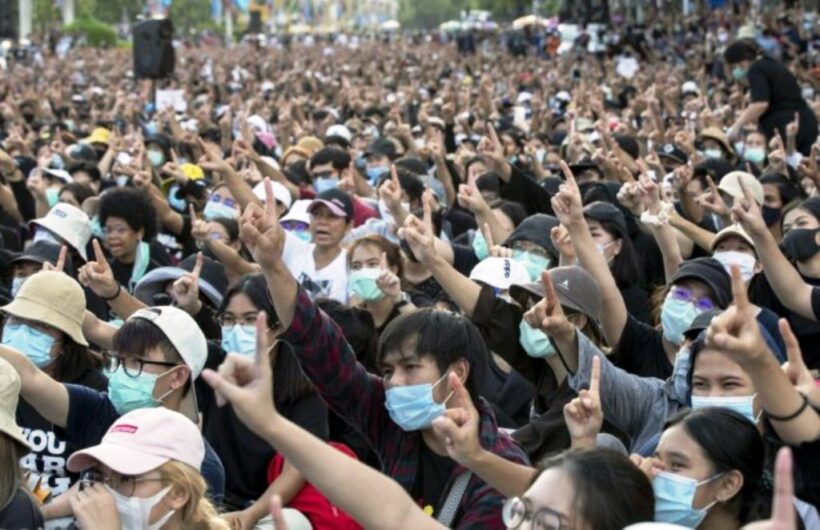 A Pattaya court is dismissing charges against 2018 anti-junta protesters but has fined the rally’s organiser. The 11 activists were let off the hook after an appeals court reversed a decision that was made by a Criminal Court which said they violated a directive against political gatherings. Originally, the protesters were set to pay up to 10,000 baht in fines and/or spend up to 6 months in jail.

Instead, the appeals court told protest leader Sirawit “Ja Niew” Serithiwat to pay a 3,000 baht fine citing he held an assembly without a proper license.

But Sirawat says he notified the police by phone about the planned rally. Sirawat was a leading member of the New Democracy Group, in which he held a rally under his “Start-Up People” movement in Pattaya, which only had 100 people attend.

Sirawit was less than thrilled about accepting the fine and still says the group did nothing wrong. He says the government can’t stop the social movement that has swept the nation in recent weeks over people demanding democracy. He says now, he will join with the student-led anti-government group that have been holding rallies in Bangkok at Thammasat University.