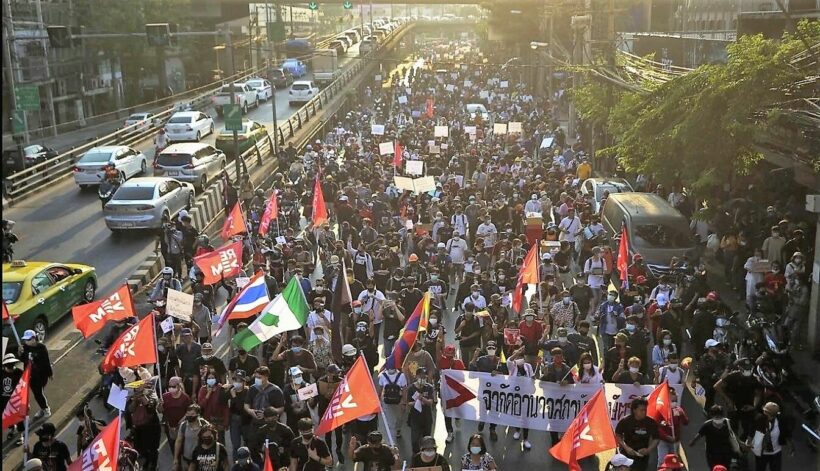 Pro-democracy protesters clashed with police in Bangkok yesterday, leading to injuries and arrests as activists attempted to reach the residence of PM Prayut Chan-o-cha. At least 33 people were injured, including 23 police officers. The clashes happened in front of 1st Infantry Regiment barracks, King’s Guard on Vibhavadi Rangsit Road and involved around 1,500 activists from REDEM (Restart Democracy), part of the Free Youth group. The group has been protesting against the government and calling for reform of the monarchy since protests began in July of last year.

Piya Tawichai from the MPB has denied that police used tear gas or water cannon, accusing protesters of instigating violence by using weapons and vandalising government property. Thai PBS World reports that yesterday’s demonstration was the most violent anti-government protest in recent weeks. Protesters’ demands include the PM’s resignation and reform of the monarchy.