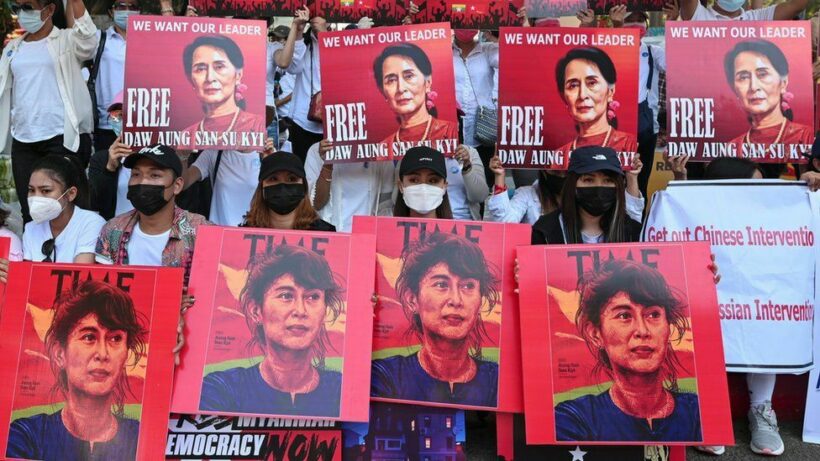 The US government is urging Myanmar’s military to stop the violence against coup protesters and step down, after the death of a young woman. The recommendation comes as the US, along with Britain, Australia, and Japan, commit to issuing sanctions against the military regime in an effort to support the toppled democracy.

Last November saw a landslide democratic, electoral victory for revered leader Aung San Suu Kyi’s National League for Democracy party. But the military regime labelled its results as fraudulent, without offering any evidence to support its claims. The buildup of tensions in the country led to a coup by the military on February 1, which saw the arrests and detainment of Suu Kyi, along with other major government leaders.

Since then, civilians have taken to the streets in protest, with security forces responding by using increasing force against them. Tear gas, rubber bullets and water cannons have been deployed at the protest sites.  But a 20 year old woman, Mya Thwate Thwate Khaing, was shot in the head with a live round of ammunition in the capital last week, leading to her recent death.

The fatality sparked even more protests as some began calling her a martyr on social media, as demonstrators held her photos and a banner created showing the moment she was shot.

“We will regard you as our Martyr. We will bring justice for your loss.”

Now, people have created a memorial on the streets of Yangon for the grocery store worker, adorned with flowers and messages for the deceased woman. Her brother recently state that he was saddened, and had no words for the loss and Poh Poh, her sister, called for action.

“Please all join this protest movement to be more successful. That’s all I want to say.”

Around 550 people have been detained since the coup, with government workers walking off their jobs as part of a civil disobedience campaign. Neighbourhoods have began setting up watch groups to guard against evening arrests, as the nation has seen a overnight internet curfew for 6 days.

Internet monitor Netblocks revealed that Wikipedia, Facebook and other social media services have since been blocked in the country.