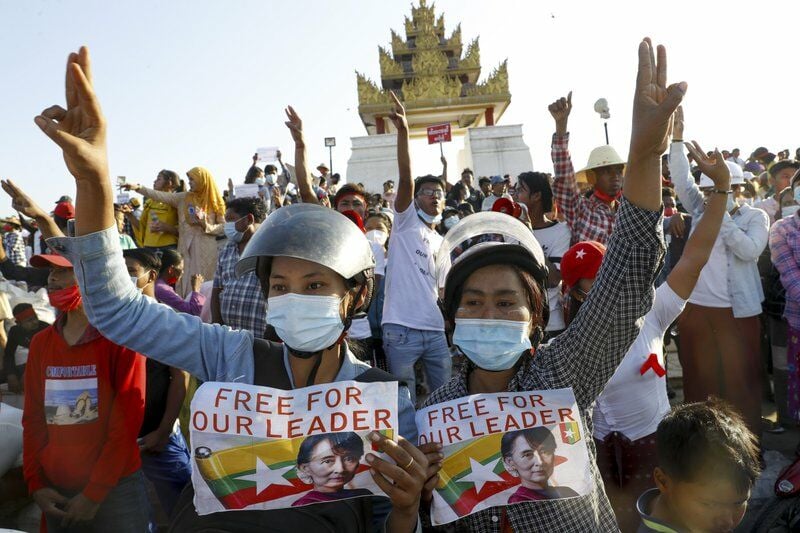 The first death from protests over Myanmar’s recent coup has been reported after a young woman succumbed to her injuries after being shot in the head last week as police dispersed a crowd.

20 year old Mya Thwate Thwate Khaing, had been on life support since being taken to a hospital on February 9, after she was hit, by what doctors say, was a live bullet at a protest in the capital of Nay Pyi Taw. Her brother, Ye Htut Aung, confirmed her death over the phone.

“I feel really sad and have nothing to say.”

News of her death has prompted more protests today, with police arresting 50 people in the northern town of Myitkyina, after halting a crowd who carried banners of detained government leader Aung San Suu Kyi, whose NLD party won democratic elections by a landslide last November. The election results were contested by the military who said they were fraudulent without offering any evidence of its claims, and instead, staged a coup on February 1.

As well as the protests, a civil disobedience campaign has halted government business, bringing international pressure against the military. Britain and Canada announced new sanctions yesterday with Japan agreeing with India, the United States and Australia on the need for democracy to be restored quickly. But the junta has not reacted to the new sanctions with history showing such actions by the international community are largely ignored. Junta leader Min Aung Hlaing was already under sanctions from Western countries following the 2017 assaults on the Muslim Rohingya minority.

Myanmar’s Assistance Association for Political Prisoners says 521 people had been detained as of yesterday with 44 of them being released. Suu Kyi faces a charge of violating a Natural Disaster Management Law as well as charges of illegally importing 6 walkie talkie radios. Protesters are calling for her release along with hundreds of other detainees and a restoration of the election results.