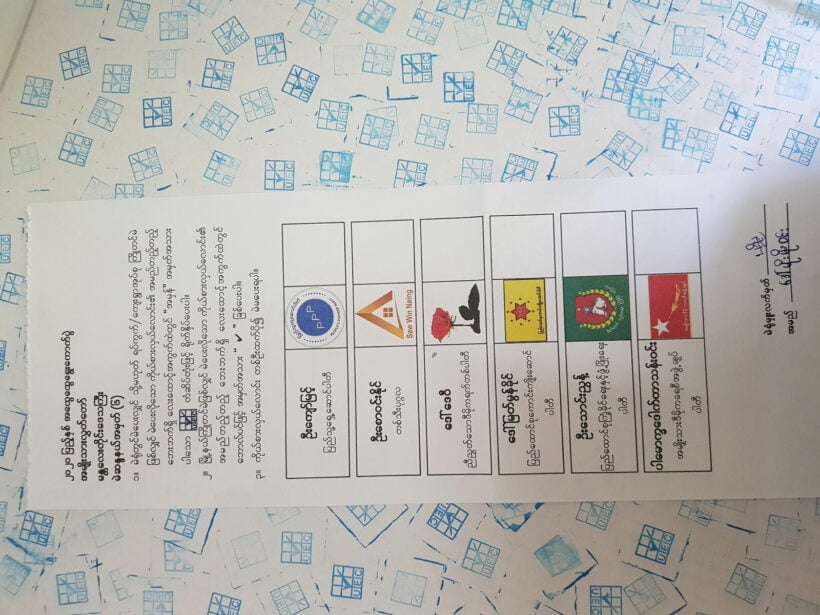 After the election in Myanmar last November, the military was unhappy with the results, claimed mass fraud, and overthrew the government, seizing power in a coup in February. Independent observers and analysts have yet to find any probable voter fraud in the election. But perhaps they weren’t looking in the right place because the military junta’s election commission just turned in their fraud report uncovering 11 million cases of voter fraud across every corner of the country in the general election.

Yes, the Burmese election commission, hand-picked by the military junta, managed to find what no one else could and in huge numbers. The junta claims to have caught cheating in each and every one of Myanmar’s 315 constituencies across the country with a total of 11 million instances of fraud last November.

In an announcement in the Global New Light of Myanmar newspaper, run by the junta, they said that errors in voter registration were not mistakes but rather premeditation actions to commit fraud. The coup leaders say they found instances of votes cast by people without citizenship, and duplicate registration scattered around the country.

Before you write off election results as a sham, you should be aware that no other independent source outside the junta was able to identify or confirm any of these 11 million fraud cases. In fact, the Asian Network for Free Elections observed more than 400 polling stations during voting and said that the election results were fully representative of the will of the Burmese people.

They even went further to say that election irregularities were against the favour of the winning party, the National League for Democracy. The Covid-19 pandemic and various conflicts around the country disrupted standard voting procedures and made the election less free and fair than the 2015 election.

27.5 million people voted despite the pandemic and hardships and the NLD won 396 of the 476 seats up for grabs, giving them a resounding majority of the 664 seats in the 2 branches of Burmese Parliament. The military junta that now controls the country and claims election fraud won 33 seats.

Following the decisive loss, the military staged a coup and imprisoned NLD leaders like Aung San Suu Kyi. The junta maintains the widespread fraud was propagated by the winning party and has hinted that it may dissolve the NLD in response to their commission’s voter fraud findings.

TiT
What does the international community expect.  They appointed the investigators themselves.  Are they going to find themselves in a situation where they initiated a coup for no reason?  Of course not...

billybob
Myanmar gives the Thai junta a potential upgrade path to keeping power if the fragile social contract fails due to massive economic disturbance. The Myanmar army are beyond any pale - an army cult 60 years in the making that…

TiT
You see the work ethic of many of the Burmese in Thailand and it (quite regularly) surpasses any level of customer service that you would receive from a Thai.  You can't even pay the Thais to work half the time. …
Craig
Yeah, right.  For sure.  Fascists just doing their thing.

colinneil
7 hours ago, Thaiger said: Yes, the Burmese election commission, hand-picked by the military junta, managed to find what no one else could and […] Hand picked !!!! Says it all, looks like they are taking a leaf outa Prayuts…