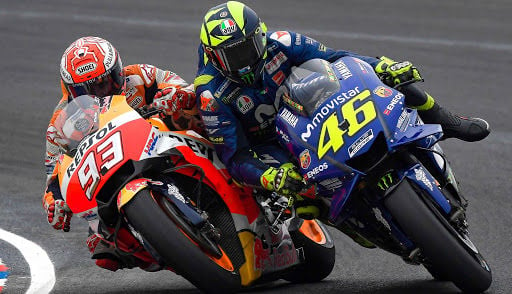 Another casualty of the current coronavirus precautions, one of the biggest sporting events in Thailand – the MotoGP 2020 in Buriram. The event was scheduled for March 20-22 in Buri Ram province, north east Thailand, where it has started to gather a huge local and international following.

The Deputy PM and Public Health Minister Anutin Charnvirakul made the announcement this morning.

“The decision to suspend the event was made at a meeting of the organising committee. The event has been put off until the outbreak of coronavirus has abated.”

“It is necessary for us to postpone the MotoGP 2020 2020 in Buri Ram scheduled for late March for an indefinite period since Covid-19 has been declared a dangerous communicable disease which has created a world-wide impact. This is to reflect the government’s seriousness in tackling the problem. The prime minister has been informed about this.”

Yesterday the international motorcycling federation announced it had cancelled the season-opening Qatar MotoGP which had been scheduled for March 8.

Last week, the organising committee of the OR Thailand Grand Prix 2020 held a press conference to confirm the event would be held as scheduled at the Chang International Circuit in Buri Ram. Last year’s MotoGP was declared a massive success to acclaim by both international and Thai motorsports fans.

In March 2015, Thailand became the latest Asian country to host a world-class motorcycling event, with the Superbike World Championship held at the state-of-the-art Chang International Circuit.  The venue was opened in 2014, earning FIM Grade A and FIA Grade 1 classifications.

A new case reported in Thailand, total reaches 43 cases and one death