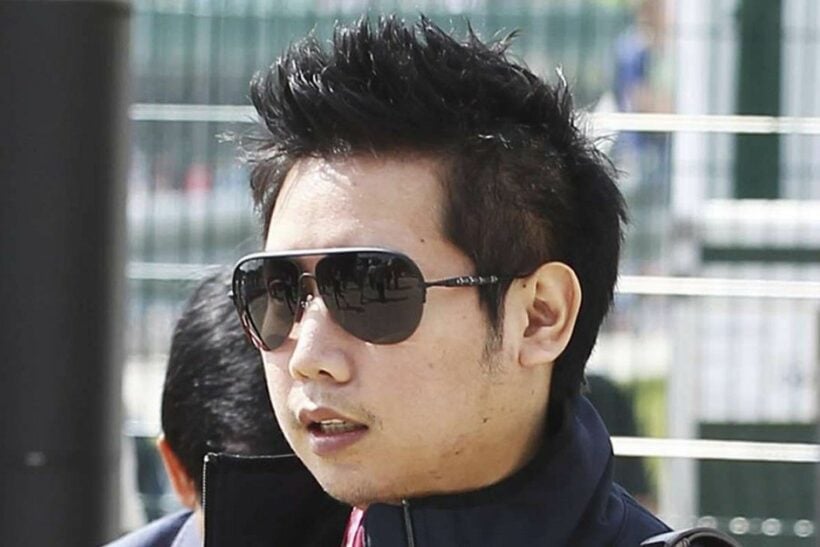 Prosecutors in the never-ending saga that is the case against Vorayuth “Boss” Yoovidhya, are shifting the blame for a lack of prosecution and pointing the finger at police. Prayuth Petchkhun from the Office of the Attorney-General says prosecutors’ hands are tied until Boss is arrested and brought to trial. The Red Bull’s exact whereabouts are unknown, but he is almost certainly not in Thailand. The last reported sighting of the fugitive was in Dubai.

He is wanted on charges of cocaine use and reckless driving causing death in a 2012 hit-and-run incident in which Bangkok police officer, Wichian Klanprasert, was killed. The charges were reinstated in September when the OAG said it had new evidence and new witnesses. The OAG’s earlier decision in July, to drop all charges against the Red Bull heir, caused national outrage and made international headlines, shining a not-very-flattering spotlight on Thailand’s justice system.

Vicha Mahakun, formerly of the National Anti-Corruption Commission, subsequently led an inquiry into the handling of the original case. His findings revealed a trail of corruption and mismanagement by practically all parties involved, including police, prosecutors, lawyers, and witnesses. Current NACC chairman, Watcharapol Prasarnrajkit, says the commission is still reading Vicha’s report.

According to a report in the Bangkok Post, the NACC is working with the Anti-Money Laundering Office to look into the possibility that illegal payments were made to people involved in the original case against Boss.