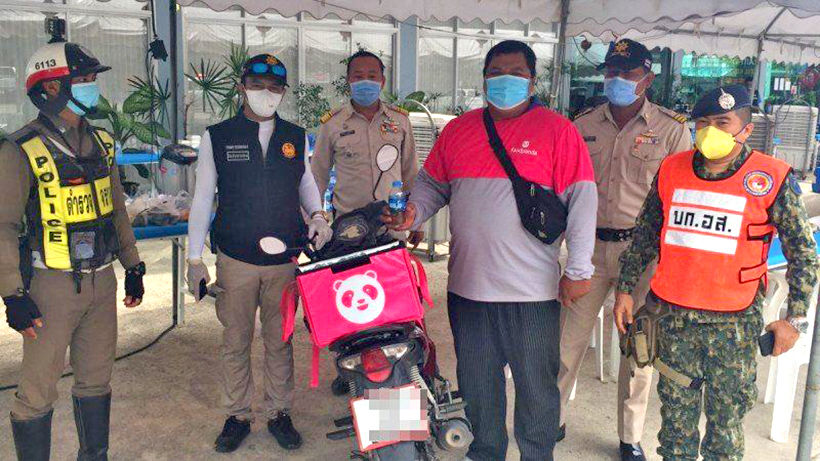 Phuket Police have arrested Grab and Foodpanda delivery drivers for transport and possession of kratom.

Yesterday morning, two men were riding together on a motorbike with one clad in a Grab delivery uniform while his passenger carried the green insulated Grab delivery bag. Officers stopped and searched the two after suspecting the men were acting suspiciously. Conducting a search, officers found 1.4 kilograms of kratom leaves inside the Grab delivery bag.

The officers arrested the driver, 19 year old Anwa Maimahad, and his passenger 26 year old Alongkorn Longhan. Both were charged with illegal possession of a kratom, a Category 5 class narcotic drug in the Kingdom.

Later, checkpoint police in Chalong stopped a 34 year old Foodpanda delivery driver Widsarut Sritham where they discovered a bottle containing about 200 millilitres of kratom juice inside his pink delivery bag. Widsarut was also charged with illegal possession of a Category 5 narcotic drug.

While the Justice minister 4 months ago said kratom was on its way to being declassified as a narcotic , it is still a category 5 class drug in the Kingdom punishable by fine and imprisonment at this stage.