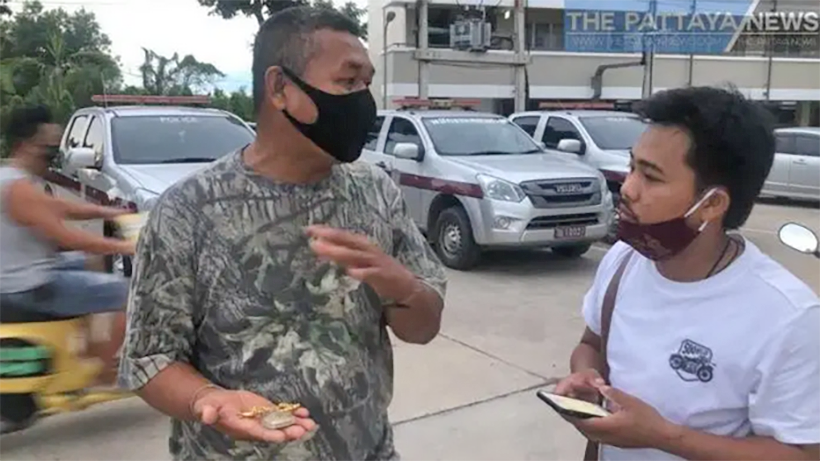 Police in Chon Buri’s Banglamung subdistrict are hunting for a suspect on a motorbike who allegedly snatched a gold necklace worth 65,000 baht from another motorcyclist in the Nongprue area. 40 year old Somchai Jandaphon, a contractor, filed a report with Nongprue Police yesterday.

He told police that he was driving a motorbike in Soi Marb Tado when the suspect, also on a motorbike, snatched the necklace off his neck at a stop before speeding away. Parts of the necklace and a precious amulet were found on the nearby roadside, having broken off during the incident, but the main part of the necklace is still missing.

Jandaphon says this is the second time that he’s has been a victim of a gold snatching incident, and the previous suspect was never caught. The first incident was some time ago. Banglamung police are hunting the suspect and reviewing security footage from the immediate vicinity. 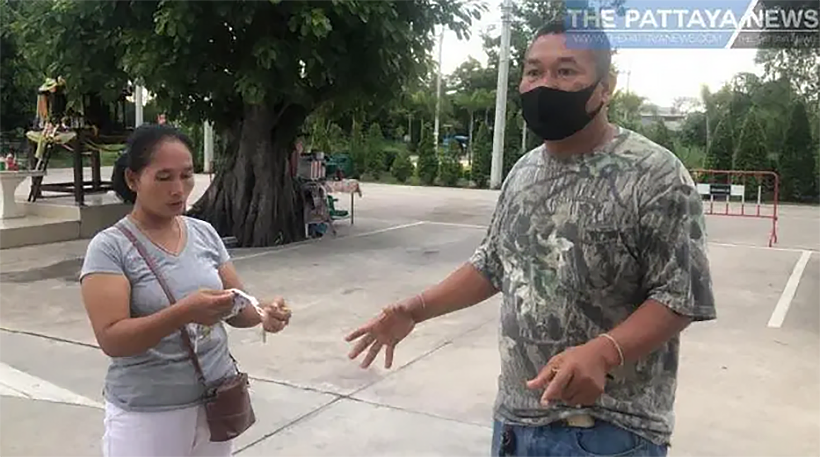