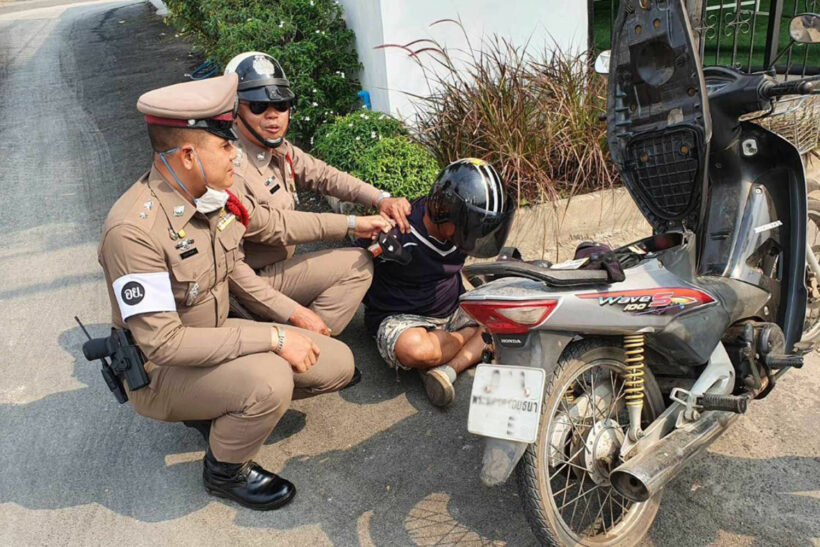 Police in Ayuttaya, north of Bangkok, yesterday arrested a man carrying an unregistered handgun and ammunition, who told them he was on his way to shoot his wife and her lover a a nearby mall. 45 year old Somkhid Ruennangyaem was pulled over on his motorbike for a search near Naresuan bridge in tambon Pailing, about 11am on Tuesday.

Police say he was in possession of an unregistered gun loaded with a single bullet. Seven more bullets were found under the motorcycle’s seat.

Somkhid, who lives in the district, allegedly confessed to carrying the gun because he was on his way “to see his wife,” who works at a nearby shopping mall. He said he had recently learned she was romantically involved with another man, who also works at the mall.

If he could not settle the love triangle, he planned to shoot her and her lover, “right there, inside the shopping mall.” 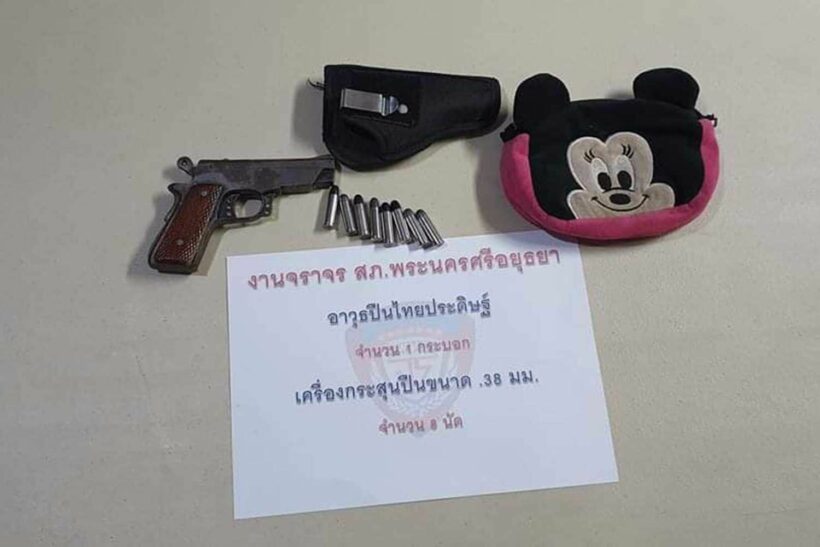 Police held him in custody and pressed charges of illegal possession of a gun and ammunition and carrying them illegally in public.

The nation is still reeling from the February shooting rampage by a disgruntled soldier in Nakhon Ratchasima that killed 29 and wounded dozens, and the recent murder of a woman by her jilted husband at a Bangok mall.