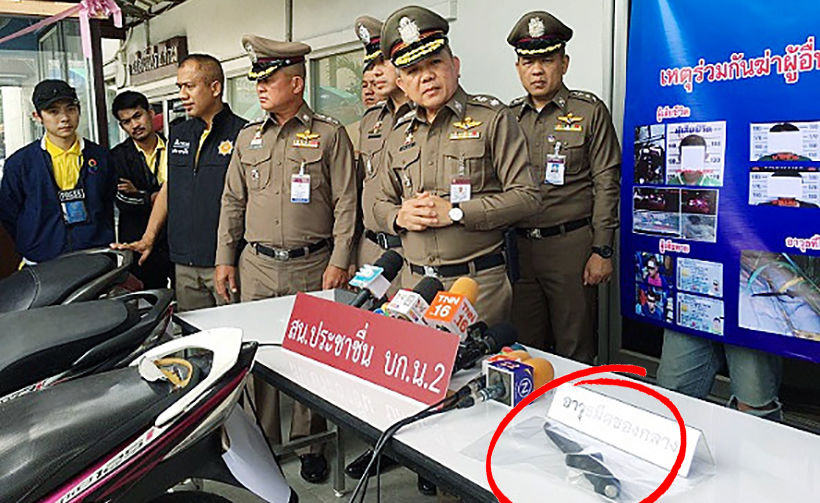 11 students have been arrested after Saturday’s fatal stabbing of a 21 year old student from the College of Industrial Technology at King Mongkut’s University of Technology North Bangkok. Four teenage girls are being held as witnesses during the investigation.

The 11 male students are to be charged with murder and assault. The four girls, ages 16 and 17, are friends with those arrested, and are student at another technological college.

The victim, Witcha Noo-udom, was walking with two friends from a restaurant in Soi Wong Sawang 11 in Bang Sue district towards their apartment just after midnight on Saturday when 11 young men on seven motorcycles attacked them, most using their helmets as weapons.

Witcha was fatally stabbed in the neck. His friends were injured. A 16 year old is alleged to have stabbed Witcha, at which point the assailants quickly fled the scene. Police report that the teen with the knife told police he disposed of it at a road island near Big C Wong Sawang.

At this stage police speculate that the attackers had been drinking together elsewhere in the soi and exchanged abusive words with a group of teenage pedestrians, according to The Nation. They saw Witcha and his friends emerged from the restaurant and mistakenly believed they were scolding them, leading to the attack.