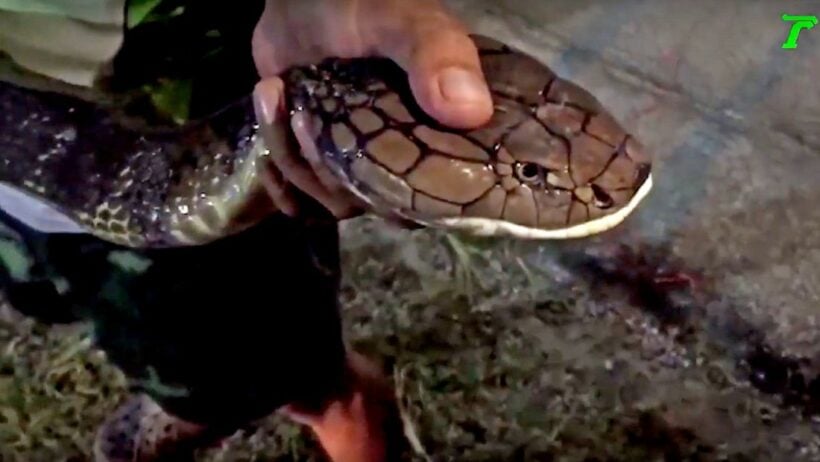 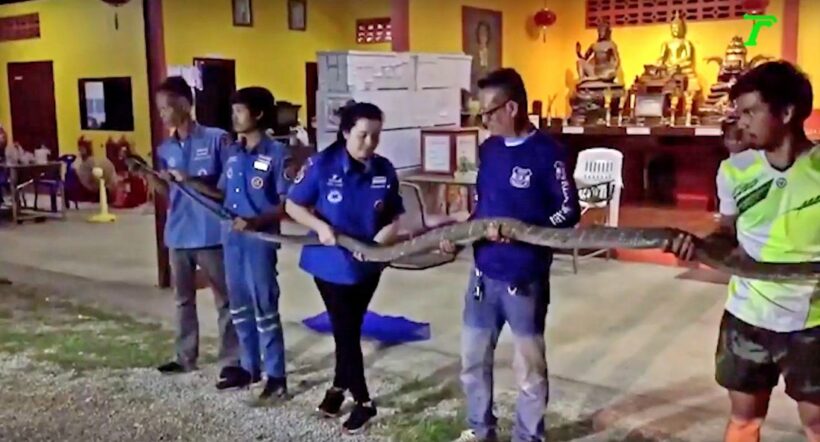 Volunteer snake catchers from the Phitak Pracha rescue foundation were called to a house in Krabi.

The owner of the Krabi house arrived home and heard her dogs barking. She went to investigate and found a five metre King Cobra making a meal out of a water monitor lizard.

Anantaya Phonbamrungwong told Thai Rath that the tail of the water monitor was still sticking out of the snakes mouth.

She called Krabi Phitak Pracha rescue volunteers who caught the snake but the suspected monitor lizard dinner was beyond retrieval. The five metre reptile needed six people to handle it for the cameras before it was taken by foundation volunteers and released back to the wild. The King Cobra wasn’t smiling for the camera.