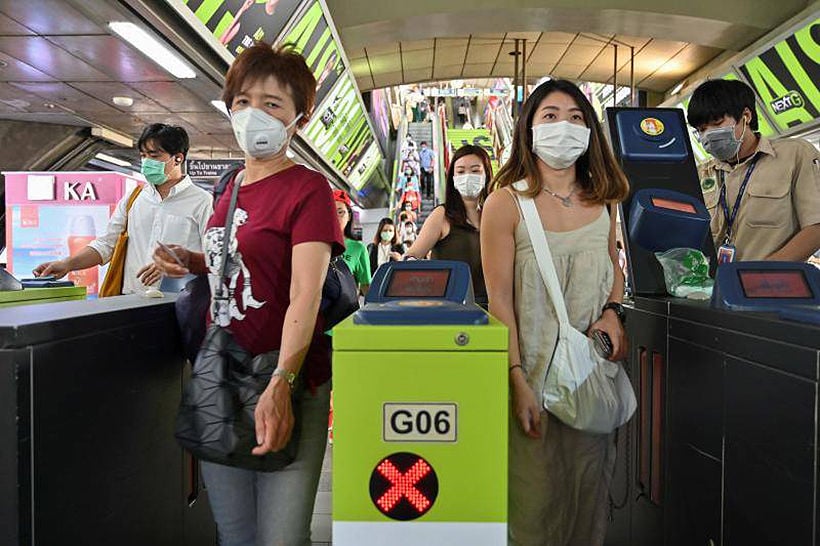 “The government will ease restrictions on businesses reopening only when it does not place people at a higher risk of catching the disease.”

Trying to find a balance between the public health needs and the imperative to re-boot Thailand’s economy, the Government is rumoured to be mulling another month of the emergency decree. The current emergency decree is set to expire in 9 days, on April 30.

At yesterday’s meeting of the Centre for Covid-19 Situation Administration, a source told the Bangkok Post that the Thai PM Prayut Chan-o-cha, as the chairman of the CCSA, again expressed concern for people affected by the travel restrictions and closures enforced by the national decree. He instructed the Public Health Ministry to meet with business leaders and evaluate how to allow some business to reopen – markets and department stores. The focus for the government is on provinces which have remained free of coronavirus infections, or had at least 2 weeks without new infections.

The source maintained that entertainment venues would remain closed and that the nationwide curfew would probably be extended for at least another month, although the PM has instructed security officials to allow additional delivery vehicles to operate overnight.

He said that the extension of Thailand’s emergency decree won’t be discussed at today’s weekly cabinet meeting, but the National Security Council secretary-general Somsak Rungsita says a proposal for an extension of the decree will be forwarded to the Centre for Covid-19 Situation Administration for discussion later this week.

CCSA spokesman Dr. Taweesilp Visanuyothin, speaking yesterday in his daily media briefing, said that the government is trying to find the right balance between the public health implications and the need to restart local economies.

“They have to stay in balance, and go along with each other.”

“Provinces with no virus cases were high on the list to be allowed to ease restrictions.”

Those provinces are Ang Thong, Bung Kan, Chai Nat, Kamphaeng Phet, Phichit, Nan, Ranong, Sing Buri and Trat. Additionally, there are 32 provinces that haven’t reported any new infections over the past 14 days.

Dr Kamnuan Ungchusak, an adviser to Thailand’s public health minister, says the Thai Chamber of Commerce, the Board of Trade of Thailand, and the Federation of Thai Industries have agreed that before any businesses will be allowed to reopen, they must be categorised according to the level of risk.

“They must also calculate how much space they have and how many customers should be allowed inside to keep possible transmission to a minimum while they must also ensure their premises are well-ventilated.”

“Medium-risk businesses, such as barber shops, hair salons, restaurants, food shops, department stores and shopping malls, would be allowed to reopen gradually, though they must not hold sales which draw large numbers of customers and record entry and exit information to track customers.”

“A nationwide real-time monitoring system should be implemented to provide people with updates on local transmissions.”

“If these guidelines are followed, pro­vinces which have no new infections may be allowed to reopen first.”

“Restrictions could also be eased in provinces which remain free of infections until the end of this month, as well as another 38 provinces that have only had sporadic infections.”