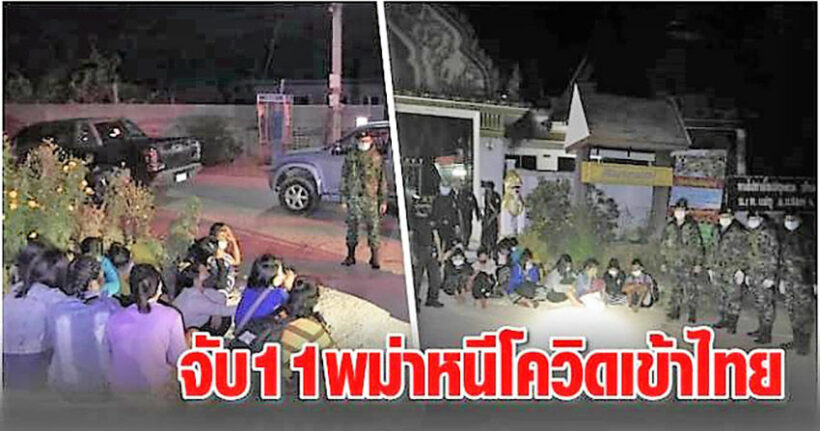 The Thai military has captured 14 illegal migrants from Myanmar, in 2 operations in the northern province of Tak yesterday. The first occurred in the district of Mae Sot, when officials arrested 11 Burmese nationals, 1 male and 10 females, who were in the process of crossing the Mei River into Thailand. All 11 have been sent to a Tak public health office for Covid-19 testing.

The second lot of arrests occurred when 3 Burmese nationals were found attempting to cross into the Mae Tao district of Tak province. Arresting officers say the 2 men and 1 woman were also carrying 46 packs of contraband cigarettes. The 3 are being held at Tak police station for Covid-19 testing and further questioning.

According to a Nation Thailand report, a border official says the number of Covid-19 cases in the Burmese town of Myawaddy continues to rise. As Myawaddy borders Tak, officials have increased the security presence along the border, in an attempt to thwart illegal crossings that would put Thailand at risk of imported cases of the virus.

It’s understood the economic fallout from Covid-19 in Myanmar is prompting more Burmese people to attempt an illegal crossing into Thailand.