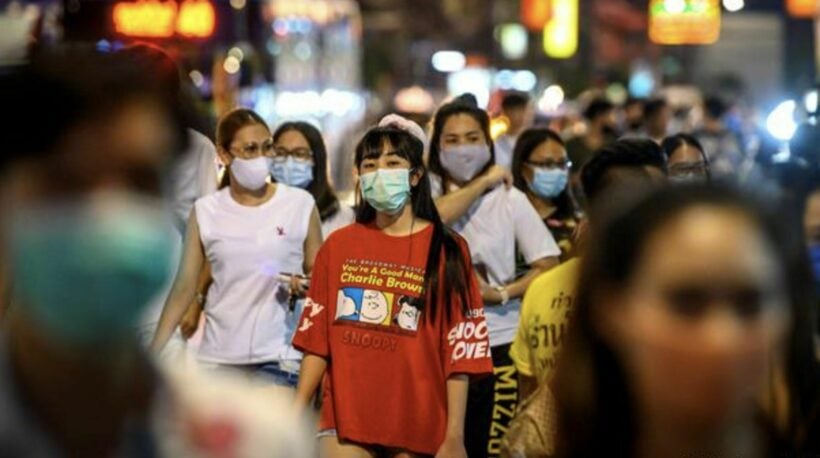 829 new Covid-19 infections have been announced today at the daily briefing of the CCSA from the past 24 hours, bringing the accumulated national total 18,782 since Thailand’s first case was announced in January last year. Sunday’s new infections comprised 822 local cases and 7 imported from overseas arrivals.

Read about Thailand’s first case, and the first case of Covid-19 outside China, HERE.

There have been no new deaths leaving the toll at 77. One additional death was reported yesterday.

The cases reported today include 731 patients from active testing… 722 from Samut Sakhon, 4 in Maha Sarakham, in north eastern Thailand, and 1 each in Bangkok, Chon Buri, Pathum Thani, Rayong and Samut Songkhram. Burmese migrant workers have accounted for 680 of the new infections in Samut Sakhon with the track and trace active testing.

5 of the 7 imported Covid-19 infections were Thai. 2 came from a flight from Ireland and 1 each from Bahrain, the UAE and the UK. There was also 1 American who flew in from the US and a man from Egypt.

Daily totals of more than 700 people or so started coming in from Tuesday this week as the results came in from mass tests in Samut Sakhon. The CCSA say the high numbers are expected to continue for a few more days before they hope to see the daily case reports start to drop drastically again.

On Friday the CCSA review the colour coding and restrictions for many of the provinces around Thailand. You can read about that HERE.

The CCSA has also eased restrictions on business, including bars, from tomorrow in most provinces, except for those classified as ‘maximum controlled zones’. The Thai PM Prayut Chan-o-cha is warning, however, that tough measures may be restored in the future if the situation worsens again.

CCSA spokesperson Dr. Taweesin Visanuyothin says that restrictions will be eased in line with the Covid-19 situation in each province.

Under the new guidelines, eateries in maximum controlled zones, which includes Bangkok and its 3 neighbouring provinces of Samut Prakan, Pathum Thani and Nonthaburi, will be allowed to operate until 11pm, but with limitations on the number of customers at each table and no alcohol may be served. Bars and karaoke bars will remain closed.