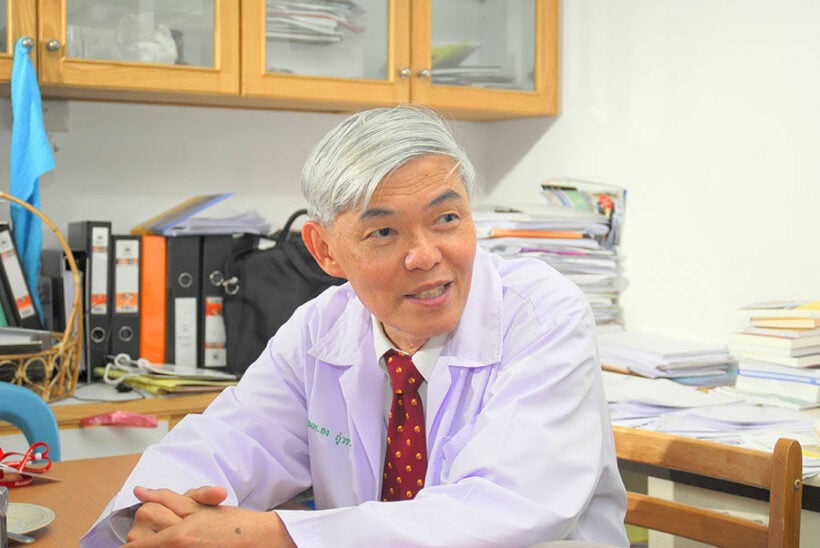 Thailand’s Public Health Ministry has issued a statement in defence of 4 top doctors it says are being unfairly criticised for vaccine decisions they were not involved in. Kiattiphum Wongrajit from the Health Ministry says the doctors are dedicated in their fight against Covid-19, but have never had any involvement in vaccine procurement.

“These medical advisers only gave advice to the ministry on fighting the spread of Covid-19. They should be respected by the public. They have greatly contributed to helping the ministry (control the outbreak).”

The Bangkok Post reports that the 4 doctors in question are Yong Poovorawan from the Centre of Excellence in Clinical Virology at Chulalongkorn University, Tawee Chotpitayasunondh, an expert on the national committee on communicable disease, Prasit Watanapa from the Faculty of Medicine at Siriraj Hospital, and Kulkanya Chokephaibulkit from the Siriraj Institute of Clinical Research.

According to Kiattiphum, the 4 doctors have been harshly and unfairly criticised and the ministry has felt it necessary to issue a statement in their defence, in order to protect their professional reputations.

“They are also medical academics who can express any comments or suggestions freely. They have never been involved with the ministry’s buying of vaccines or any other medical tools. Furthermore, we appreciate their dedication in helping the country.”

Criticism of the senior doctors has arisen due to the government’s repeated procurement of large quantities of the Chinese Sinovac vaccine, now largely seen as less effective against the highly contagious Delta variant, which has become the dominant strain in Thailand.

Nipral
Doctor or not a moron is a moron and the MOPH is a remarquable one !