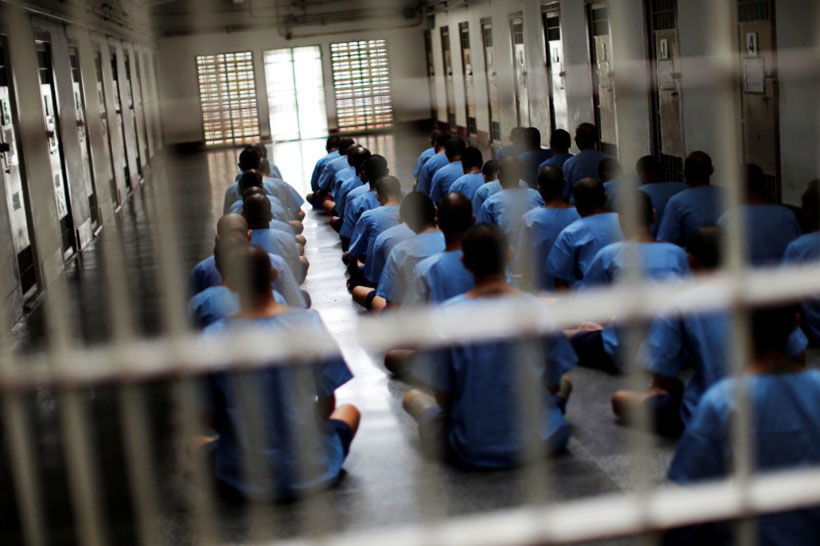 The Director-general of the Thai Department of Corrections Police Colonel Naras Savestanan, has announced that he will speed up the process to grant suspended sentences, or lessen the prison terms, for qualified inmates right across Thailand. Inmates who are facing minor offences and shown good behaviour during their incarceration are also to be included in the process.

“The number of inmates receiving suspended sentences for the period is twice the normal release rate, this will also help with overcrowding in prisons to lessen the chance for the Covid-19 virus to spread among inmates.”

“No high-profile inmates or those who had committed serious crimes are eligible for suspended sentences.”

Meanwhile, in Pathum Thani just north from the capital, 458 people were imprisoned, for violating the emergency decree between April 5 – 12, have been checked for symptoms of Covid-19 and confined to individual quarantine cells.

Colonel Naras says “any that inmates exhibiting Covid-19-like symptoms who had recently been sent to Betong prison in Yala province for drug offences have tested negative for the disease. However in the nearby province of Pattani, tests were performed on a number of sick inmates at the provincial prison.”

The department chief reports that “there have no new Covid-19 infections among inmates this week and the 2  inmates and 1 prison officer who were infected are undergoing treatment. The location of the prison has been withheld.”

“Prisons nationwide have maintained a higher standard of hygiene, and wardens report they are constantly on the lookout for any inmates who fall sick.”

From October last year to March this year, 7,890 inmates were granted suspended sentences. They were released in two batches per month, according to Colonel Prawut Wongsrinil, deputy director-general of the corrections department.

Travel and tourism in the Land of Smiles – 12 predictions