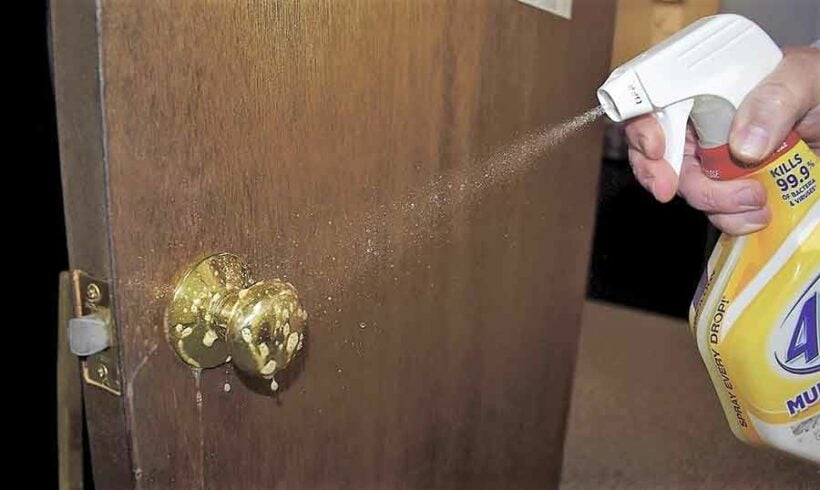 The Centre for Covid-19 Situation Administration has confirmed that traces of the virus have been found on doorknobs at an alternative state quarantine facility, where a number of healthcare workers tested positive. CCSA spokesman Taweesin Wissanuyothin has called on cleaning staff in the facility to disinfect door handles and not just floors.

Yesterday, Thailand reported 15 new cases in quarantine, including 3 linked to the Burmese border town of Tachileik, which were recorded in the northern province of Chiang Rai . The 12 other infections were imported from the United Arab Emirates, the UK, India, Hong Kong, Hungary, France, Bahrain, the US, and Brazil. To date, Thailand has recorded 4,261 cases of the virus, with 60 deaths.

There have been no local cases since December 7, after a small outbreak in the north of the country was brought under control. A spate of cases was discovered after a number of Thai nationals working in Tachileik sneaked back into Thailand illegally.

Taweesin says that once Thailand goes 14 days without a local case of transmission, the country can once again be considered safe from Covid-19, with the exception of its quarantine facilities.