92 new Covid-19 cases and 1 death were reported today in the Centre for Covid-19 Situation Administration’s daily briefing. Thailand now has 1,028 active Covid-19 cases. Since the start of the pandemic last year, the CCSA has reported a total of 27,494 coronavirus infections and 89 deaths.

A 65 year old cancer patient in Samut Sakhon died after testing positive Covid-19. During an examination on March 8, tests found the cancer had spread to his lungs and he was admitted to a hospital. The man also had a high fever and fatigue. He died that day. Medical examiners later tested the man’s body for Covid-19 and the results came out positive for the virus.

The CCSA also released details on a death announced yesterday. They say an 88 year old man in Bangkok died after testing positive for Covid-19. He had underlying conditions of diabetes, high blood pressure, hyperlipidemia and chronic kidney disease. On February 20, the man had symptoms of a dry cough. He went to the hospital a week later with symptoms of fatigue and low oxygen levels. He tested positive for Covid-19 on March 1 and was immediately put on a respirator.

The other 14 cases were detected in quarantine for those travelling to Thailand from overseas. 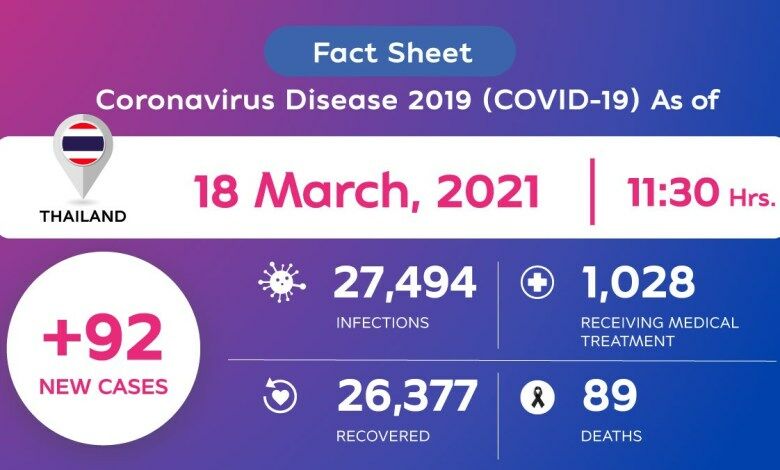