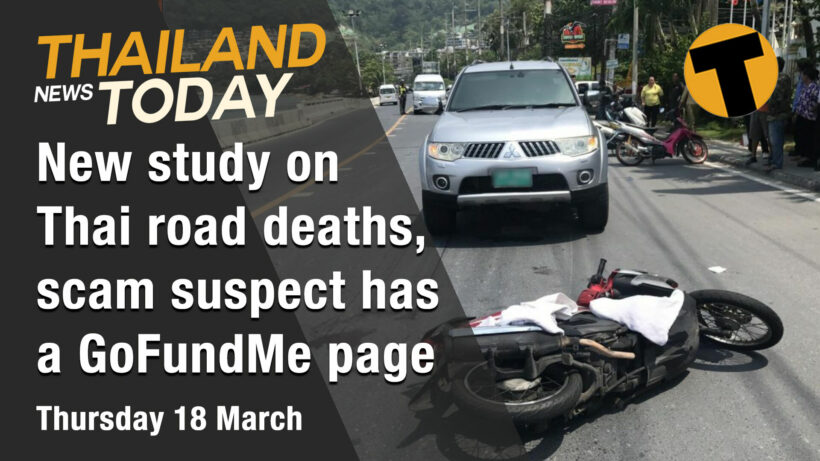 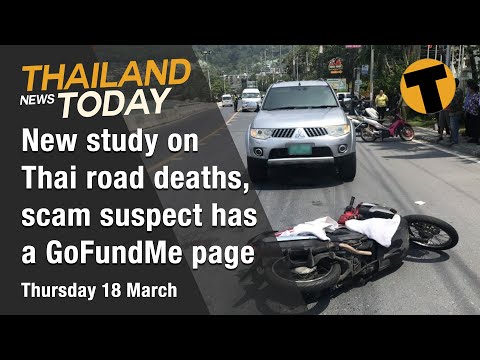 Thai roads are among the most deadly in the world and most of the fatal accidents involve motorcycles. We already know that, but a recent study now shows that 80% of motorcycle accidents are related to cars cutting in front of oncoming traffic.

Honda and Yamaha partnered with the Thailand Accident Research Centre for the full report which reviewed 1,000 motorcycle accidents that took place between 2016 and 2020. The study will help find solutions to help reduce the number of accidents.

While Dutch national Wesley Halbach sits in Thai jail over charges related to the dodgy money-making app/website SPM Shopping Mall, which scammed thousands of Thais and foreigners, a GoFundMe page has been set up, asking for donations to help pay bail for his bail, hire a lawyer and reunite Wesley with his family overseas. The page claims that the 37 year old father is a “victim of a big set up.”

Wesley is accused of being an admin monitor for the SPM Shopping Mall website and Line app as well as inviting people to join the scheme. Several Phuket residents filed complaints with police, accusing Wesley of tricking them into making an investment. He was arrested on charges of defrauding others and conducting an online scam.

The Civil Aviation Authority of Thailand has singled out 8 Thai airlines it still has faith in and believes will stay afloat. The CAAT says that without the Covid-19 crisis, none of the carriers risked going bankrupt and the tough financial situation they find themselves in is solely due to the pandemic.

The Thai Disease Control Department has launched an investigation after 77 migrants seemingly contracted Covid-19 while being held at Thai immigration detention centres in Bangkok. It’s understood around 68 of the illegal migrants are Burmese, while the others are Laotian and Cambodian. They are being detained at immigration facilities in Bangkok. A number of Rohingya refugees are also being detained at a facility in the Don Mueang district of the capital.

Meanwhile, local residents in the southern province of Ranong have voiced their concerns over reports that temporary shelters will be created in the province to house Burmese refugees fleeing the violent fallout from the military coup in Myanmar. The Ranong Chamber of Commerce says locals are worried the province will become a permanent centre for refugees.

The former deputy immigration chief Surachat Hakparn, better known in Thai media as “Big Joke”, has been appointed by PM Prayut Chan-o-cha as advisor of the Royal Thai Police after being sidelined for 2 years from his former high profile role in law enforcement. Surachet suddenly fell from grace in back 2019 when he was sidelined into an inactive role without any official published reason. He even ended up sueing PM Prayut for what he calls an illegal transfer.

Thailand’s Department of Land Transport is asking drivers to use the department’s dedicated app to make their annual car tax payments. The DLT says paying via the app will help reduce the risk of Covid-19 transmission and crowds at its offices. Motorists will receive a receipt and their tax disc in the post within 5 days. Thai-speaking drivers can call the DLT hotline on 1584 for more information.